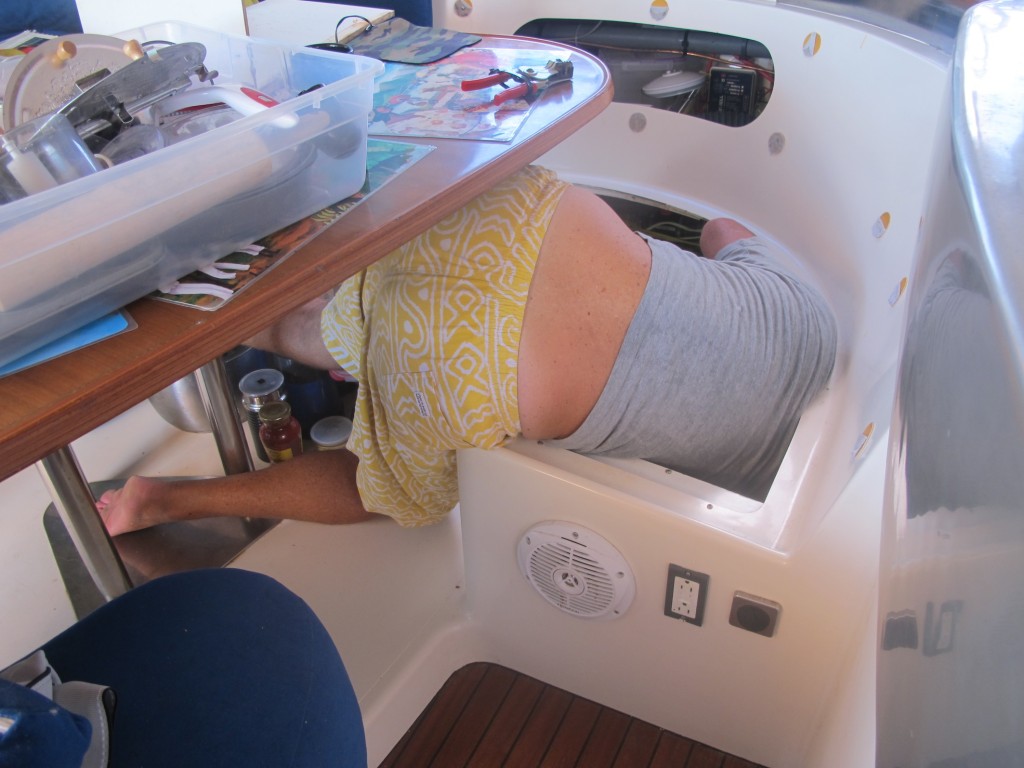 We’ve decided that working on a boat is akin to being involved in a never-ending game of ‘twister’ – you know the one, where you have to place your hands and feet on the circles until you’re in an impossibly contorted position – which is fine if you’re young, slim and flexible, but not so great if you’re…… not.

To be fair, Bruce takes the lion’s share of the ‘twisting’ competition. I try occasionally, but without a background in caving I’m at a distinct disadvantage. There’s something about getting stuck in a small dark space that I’m not entirely comfortable with. We’ve come to the conclusion that boat builders must suffer from a peculiar form of sadism – they seem to have a flair for placing critical pieces of equipment in exactly those small dark spaces and then building the rest of the boat around them. Sometimes we swear we hear echoes of maniacal laughter as we attempt to fix or remove bits of equipment or wiring – “Look, they’re going to attempt getting in there – mad fools, don’t they know we made it IMPOSSIBLE?!”

Why is this on my mind right now? Because we’ve had to tackle re-doing our refrigeration. The original fridge consisted of a divided space powered by two separate water-cooled compressors, presumably so that one half could be used as a freezer. But it’s never worked properly despite having it re-gassed several times. The water-cooled system requires a pump and filters that get easily clogged if the boat is sitting in murky water, and two compressors and a pump chew up a lot of power. So when the thermostats on the compressors started going on the blink in Tonga we knew it was time for a major re-think.

The plan was to remove the divider in the fridge, take out the two compressors and the water pump and replace them with one large air-cooled plate with a single compressor. We already have a portable chest freezer that sits in the quarter-berth, so now we’d just have one large fridge space that could be organized to make it more user-friendly. A good plan, a great plan even. Except that we needed to get the old compressors and thermostats out first. And some sadistic bastard had placed them not only underneath the saloon berths, but behind the existing fridge space and right against the outside wall of the galley. After several attempts we worked out the only way to access them was for Bruce to crawl under the saloon table, turn around and lower himself into the midget-sized 18” space on his back, and then wriggle 6 ft along to the outside wall. Now add the complication of having to hold a torch and work with a screwdriver and you get the picture…. 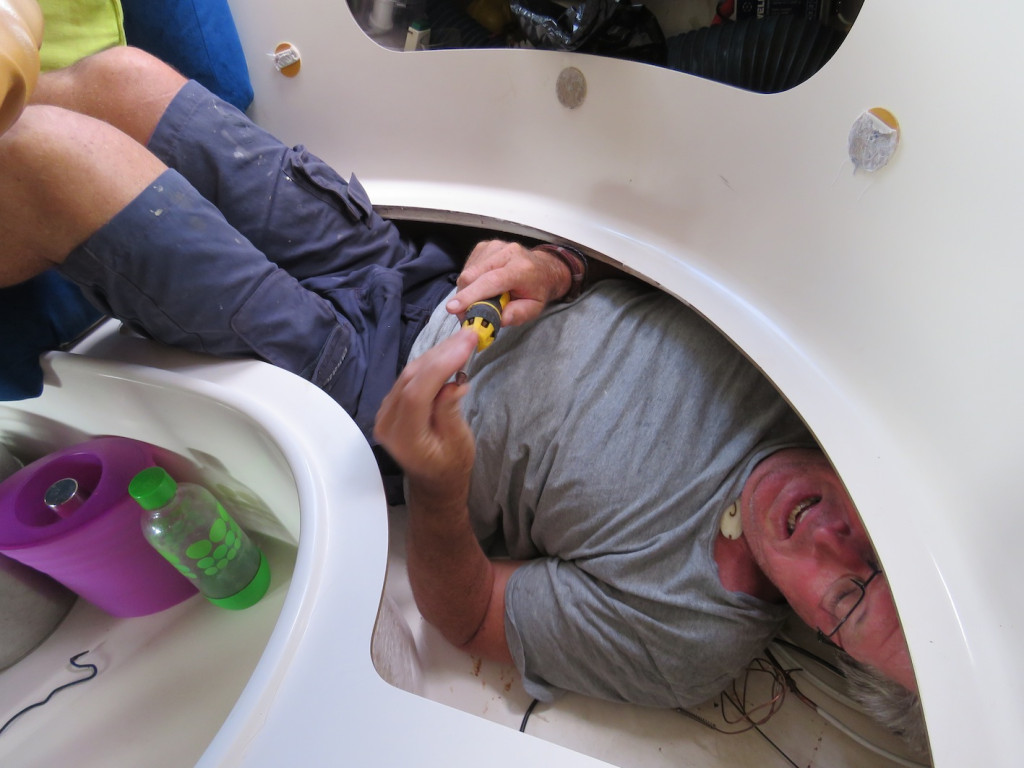 It was a trying day, but at the end of it we had a brand-new fridge plate and compressor in place, and one huge empty cold space. And one contorted skipper. Next task is to find a company that can custom-make some dividers and baskets for us and we’ll be in business….oh, and a masseur for Bruce. He certainly earned his beer this day! 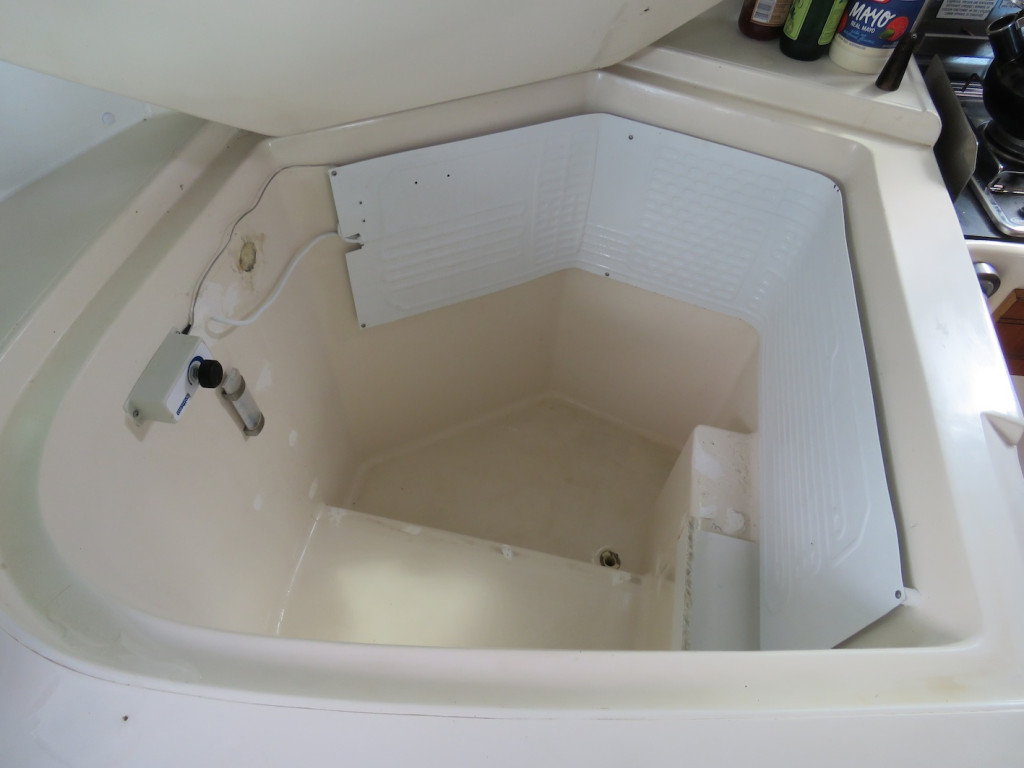