On the way from San Blas to Colon we stopped at Portobelo, a small place with a big history.

Originally named “Puerto Bello” by Christopher Columbus in 1502, it became a significant Spanish port for loading the gold and silver plundered from South America, and the old fortifications and Customs House are now a big tourist drawcard. It’s also believed that Sir Francis Drake died of dysentery here in 1595 while anchored off the port trying to ambush the Spanish. According to legend, he asked to be buried at sea in his full armour, and to this day the search is still on for his lead coffin. 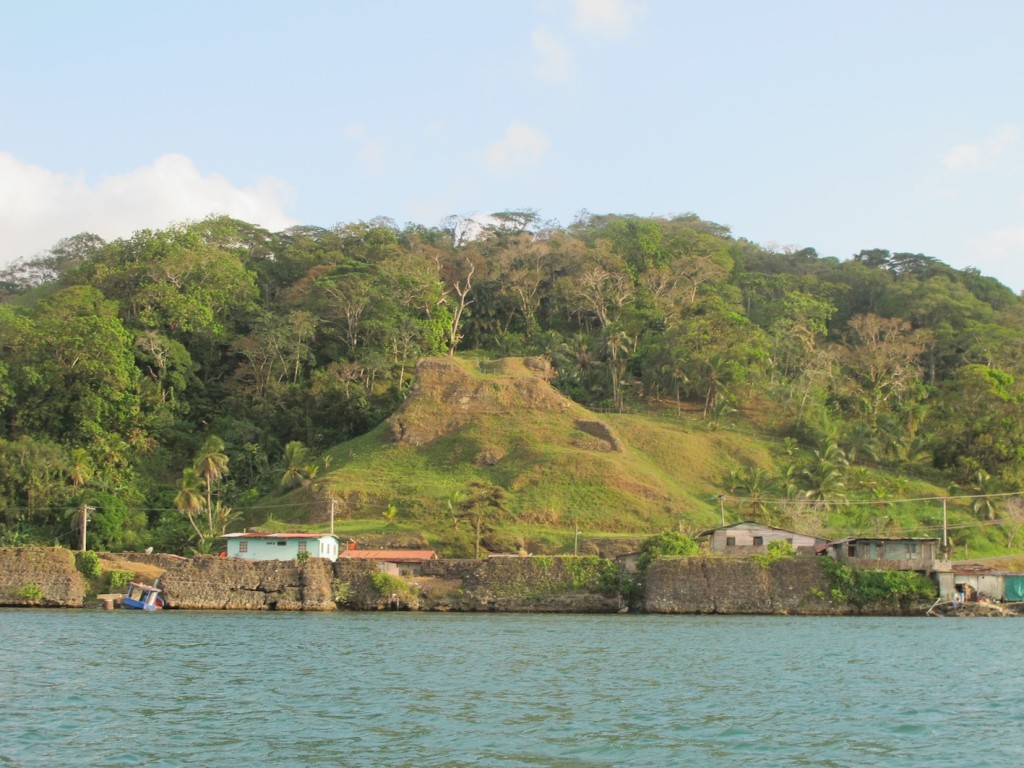 remains of the original Spanish fortress 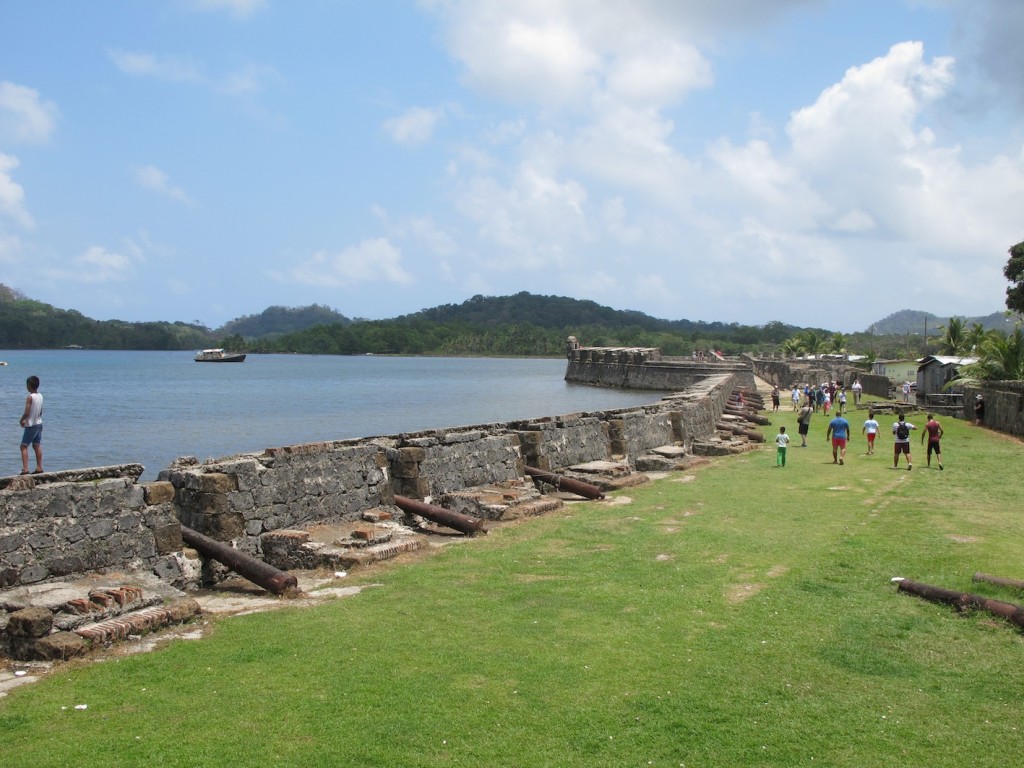 The other famous attraction in Portobelo is the church of San Felipe de Portobelo, home to the ‘Black Christ of Portobelo’. 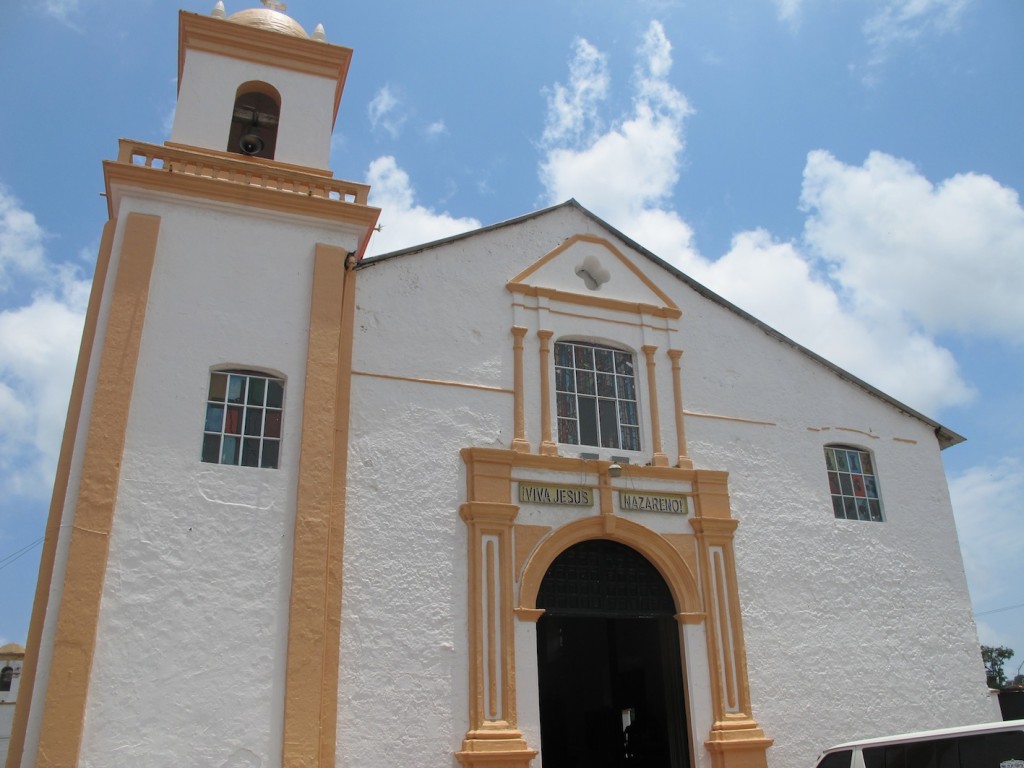 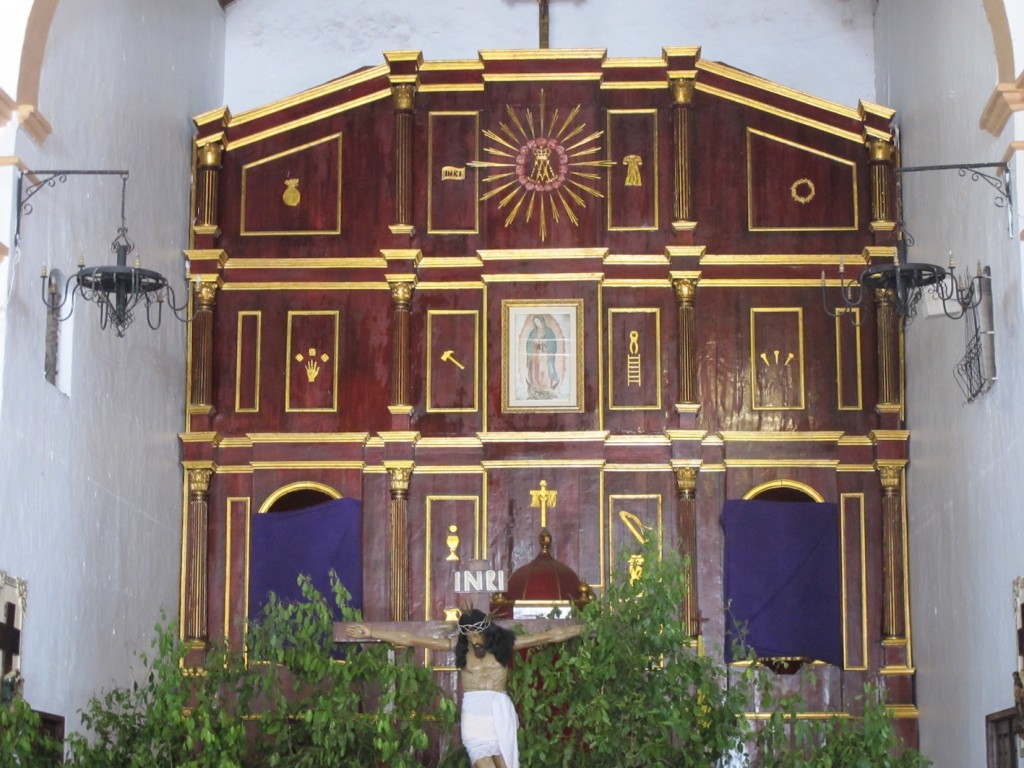 The Black Christ of Portobelo

Legend has it that the wooden figure of Christ mysteriously washed up in Portobelo about three centuries ago, nobody really knows where it came from but one story is that it was thrown overboard from a Spanish ship trying to run from a storm. At the time a cholera outbreak was sweeping through the country, but miraculously the people of Portobelo were spared. The statue became venerated, especially by the slaves and black population of the area, word quickly spread and pilgrims began arriving. Apparently now on October 21st each year tens of thousands of pilgrims come from far afield to celebrate the Feast Day of the Cristo Negro, also known as the patron saint of criminals. Those wishing to make penance for their sins crawl on their hands and knees for the last few miles, and for double measure have attendants drop hot wax on their backs. Wow, there must be a whole lot of criminal activity to atone for!

The other interesting information I discovered is that some of the very large stone blocks from the fort were dismantled when the Panama Canal was being built, and now form part of the Gatun Locks. 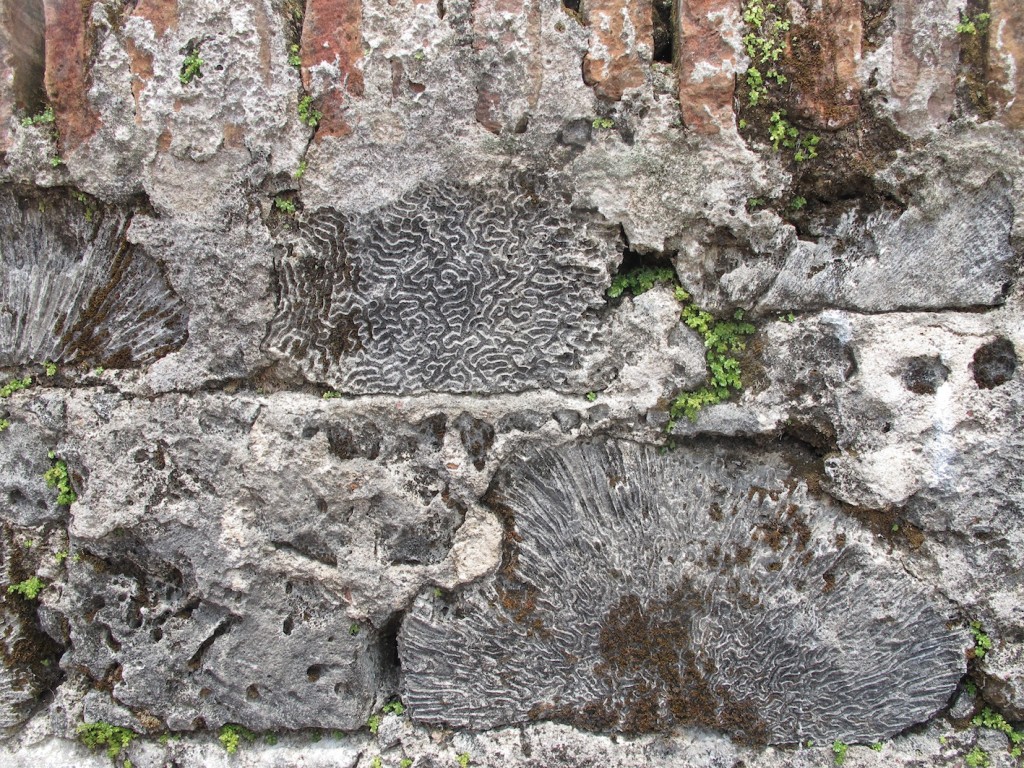 These large stones from the fort appear to be fossilised coral

Our passage here was a pleasant day-sail, passing some rather strange contraptions that turned out to be marine fish farms, similar to the ones we saw off Port Lincoln. 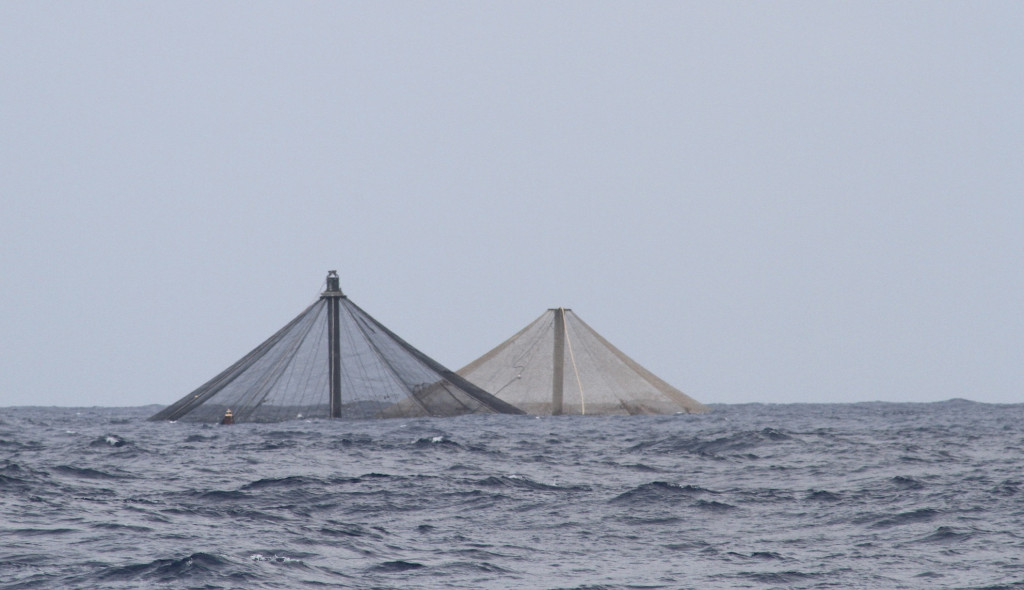 fish farm on the way to Portobele

We also managed to catch ourselves a very nice-sized wahoo, thank you very much! Fresh fish for dinner, and at least another 3 meals in the freezer for later. 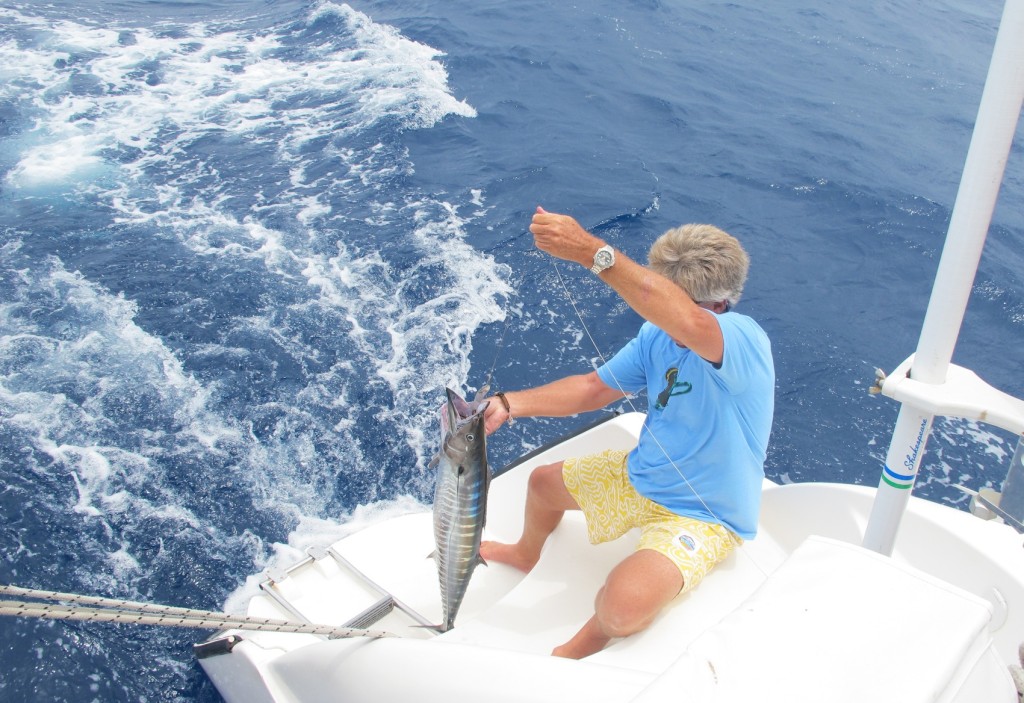 A nice fishy for our dishy

We’d only planned an overnight stop at Portobelo but then realized it was Easter weekend and no-one would be working in Colon, particularly the Admeasurer who comes to measure your boat prior to giving you a transit time for the canal. So we decided to stay for the weekend and see the sights of Portobelo.

The lads inspecting the hardware 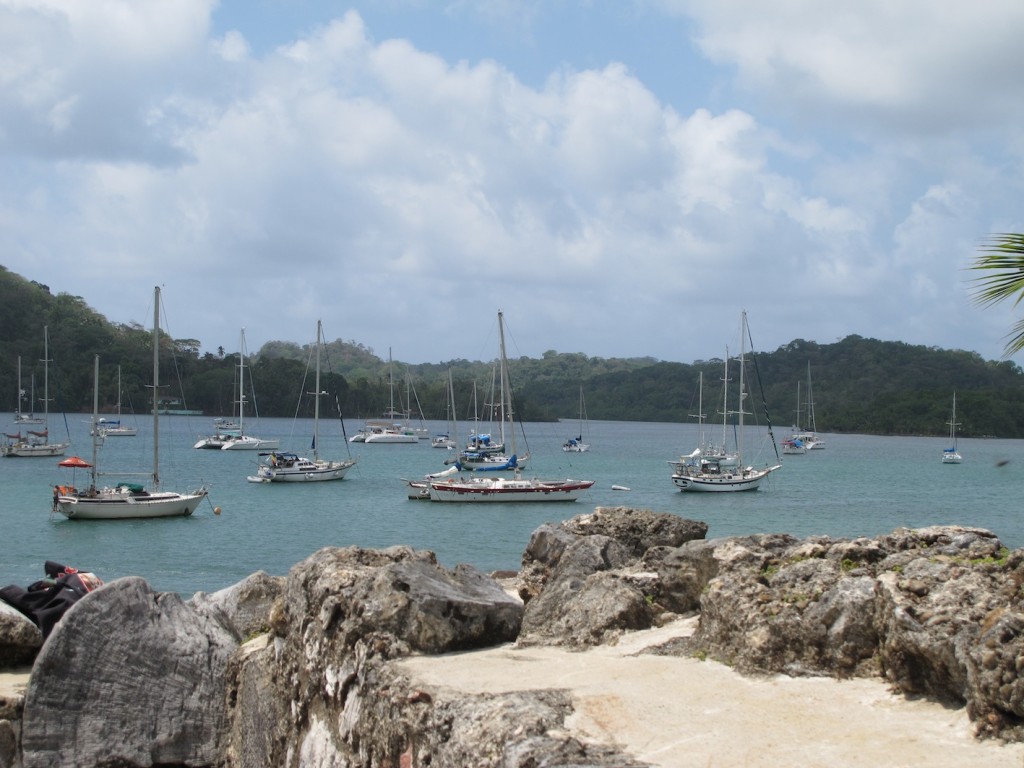 The view of the anchorage from the fort, with Toucan centre stage 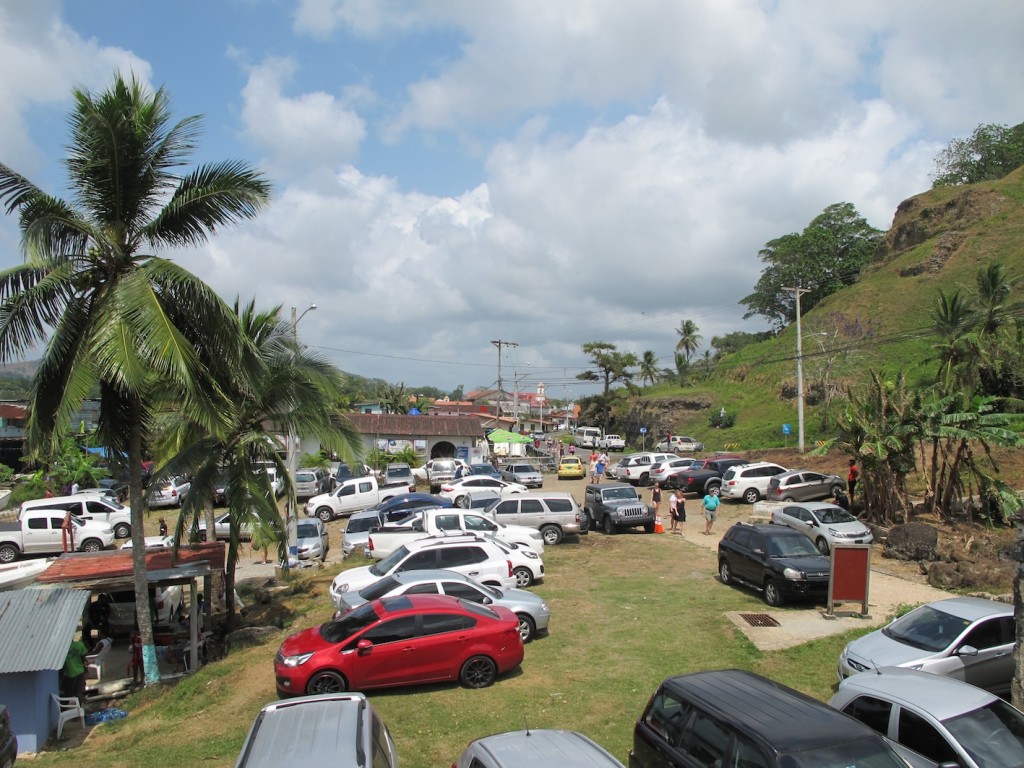 it’s a busy place on the weekend 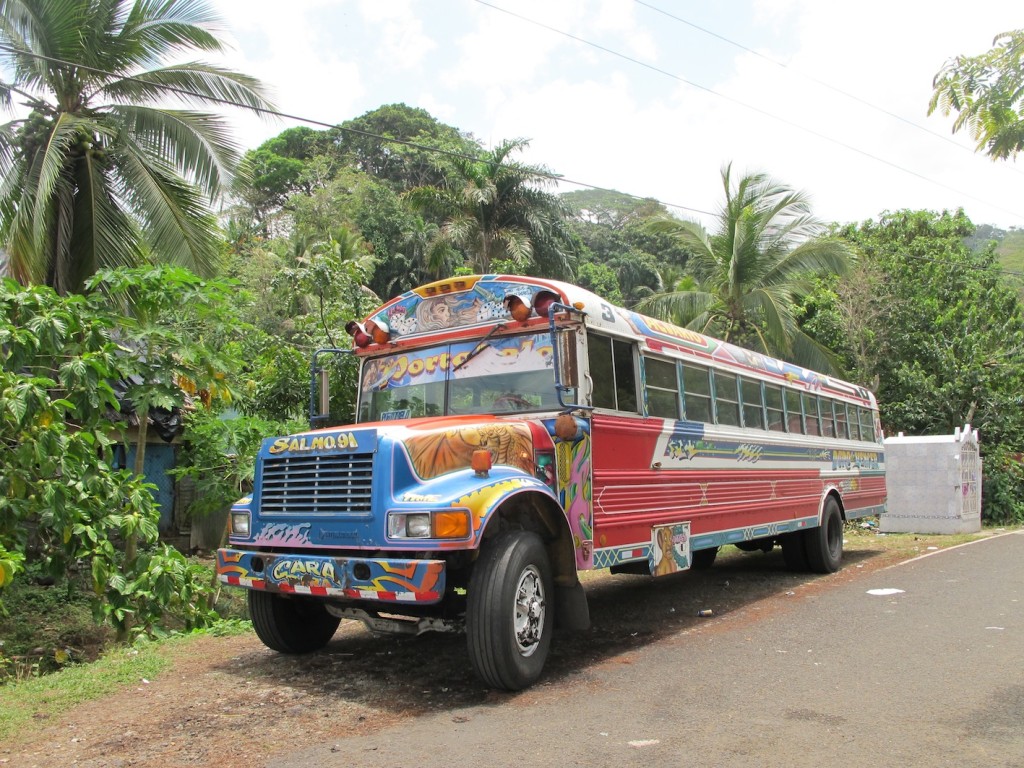 We also met up with several other cruising boats that we’ve been leap-frogging all through the Caribbean – ‘Rehua’, “Blade Runner’, ‘Vida’ and ‘Taff Tumas’ . It was great to finally meet face-to-face and a good time was had by all at our favourite waterfront bar, Casa Vela. 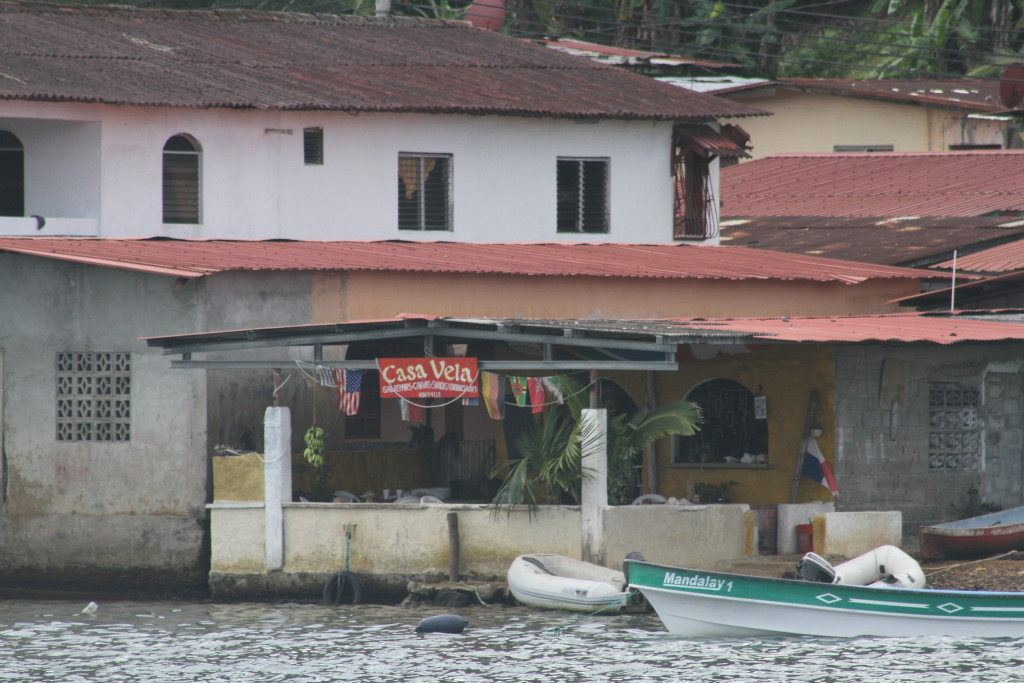 The owners, Birgitte and Ray, are a lovely German couple who were very hospitable and just happen to have the cheapest beers in Portobelo! Ray also does sail and canvas repairs, and cruisers are able to tie up at their dinghy wharf and fill up their water containers at their tap. Bruce was particularly taken with the Jameson’s flag, and I was smitten with their adorable 3-week old puppy! 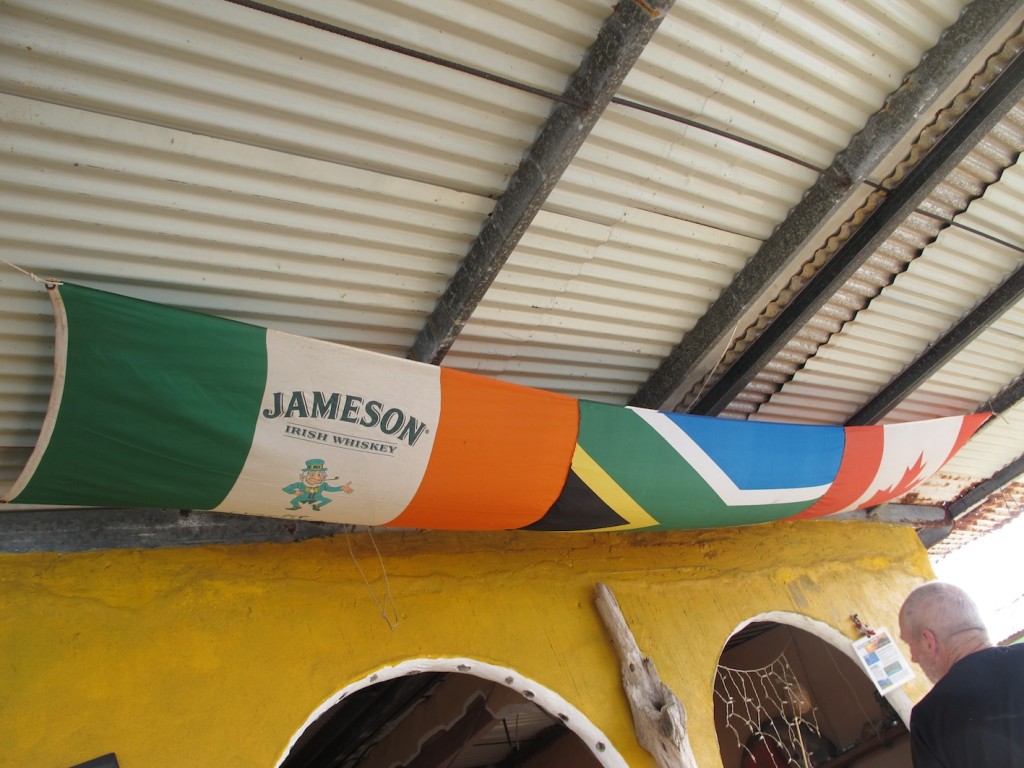 Portobelo seems to be another place where people just end up staying, sometimes for a very long time….

On our last night there was quite a gathering at the bar, the guitars came out courtesy of Sean off “Rehua” and Davey, a local Irish electrician (who, it turns out, used to play pub gigs in Ireland and even played a gig with Andrew Strong – the lead singer in The Commitments movie). 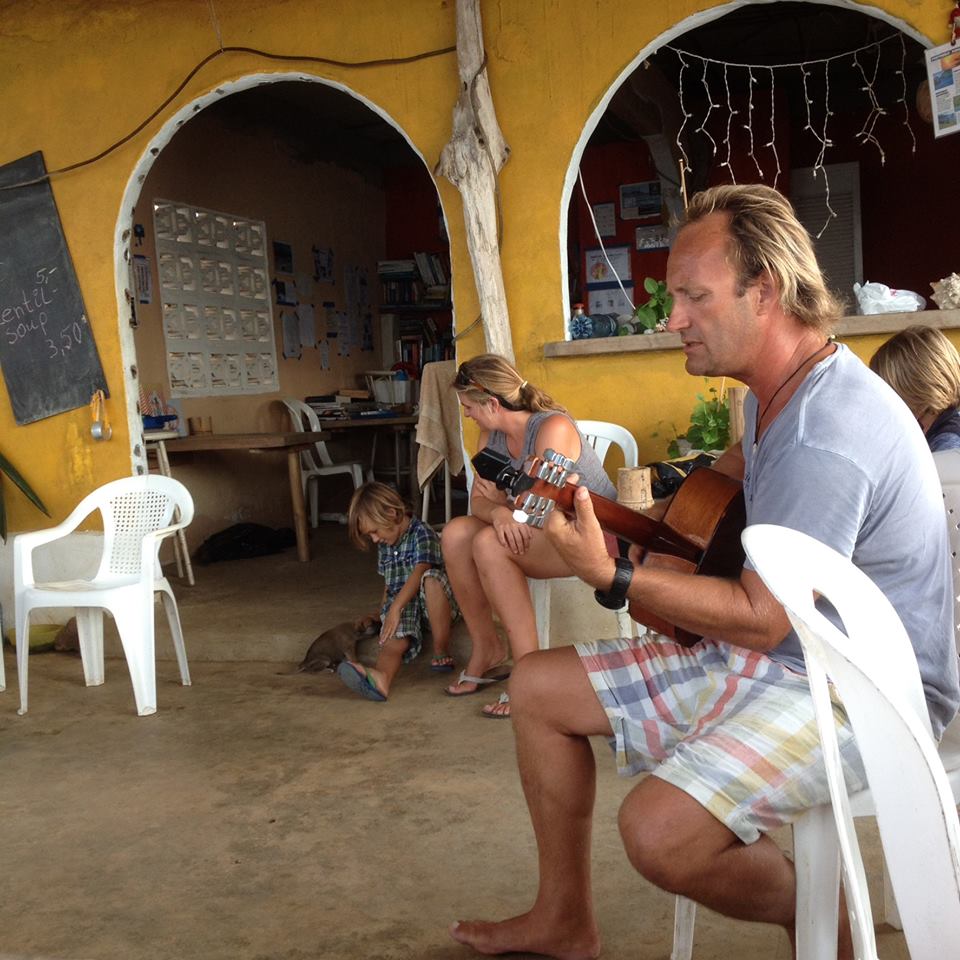 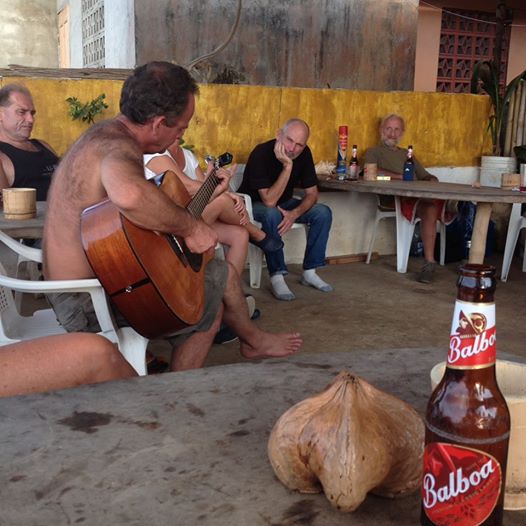 Davey strumming up a storm, a great night had by all.

It was one of those very special nights with much singing and laughter and tales tall and true. Ah, it’s great to be a cruiser!