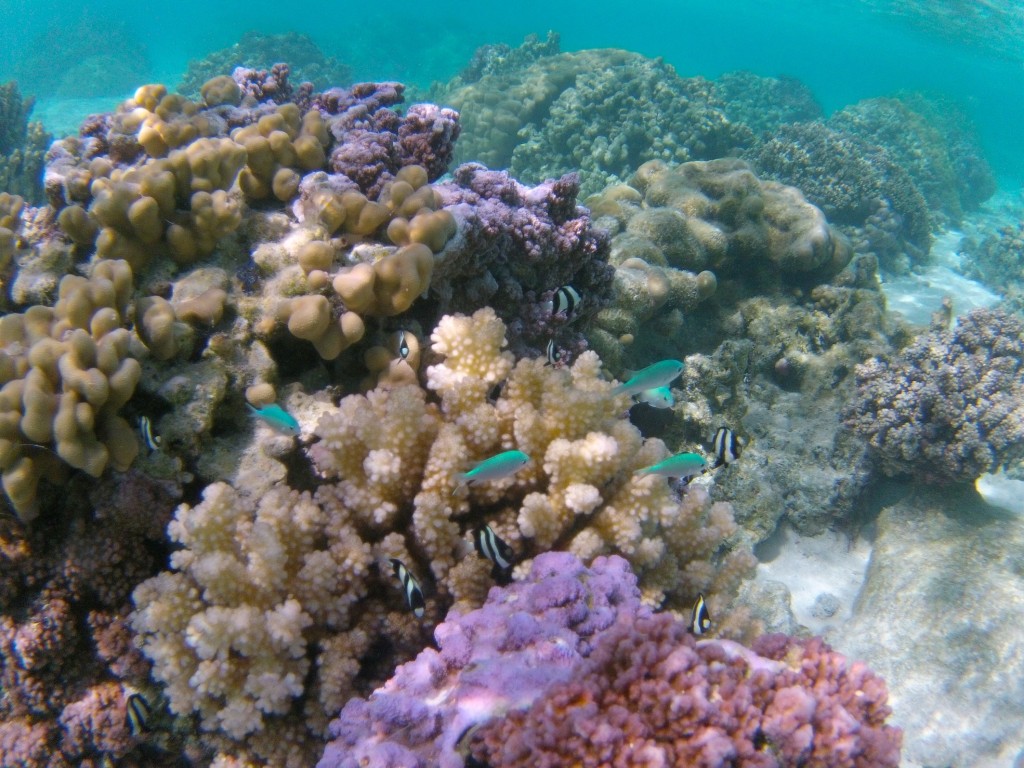 The coral gardens at Taha’a

Next on our tour of the Society Islands is Taha’a, a small island between Huahine and Bora Bora, reknowned for its coral gardens on the west side. 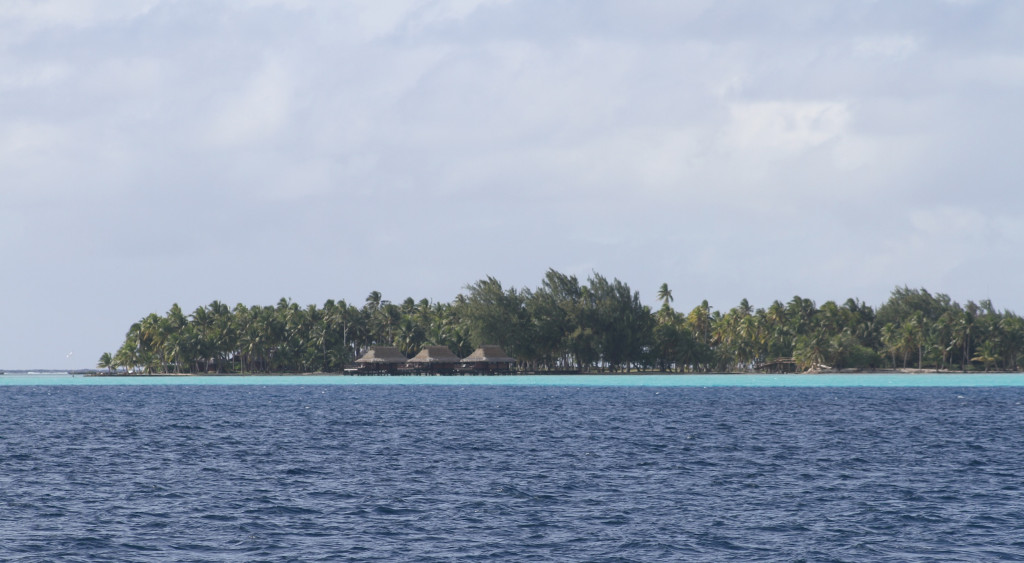 You can enter the eastern pass and then sail round the island inside the fringing reef. Nostalgic for some more motu-action, we were hoping to anchor off one of the many motus on the eastern side but the depths went from 0.5 metres to 40 metres with nothing in between. Impossible!

So we kept motoring until we reached the western side of the island, anchoring off the hotel complex on the private motu near the coral gardens. 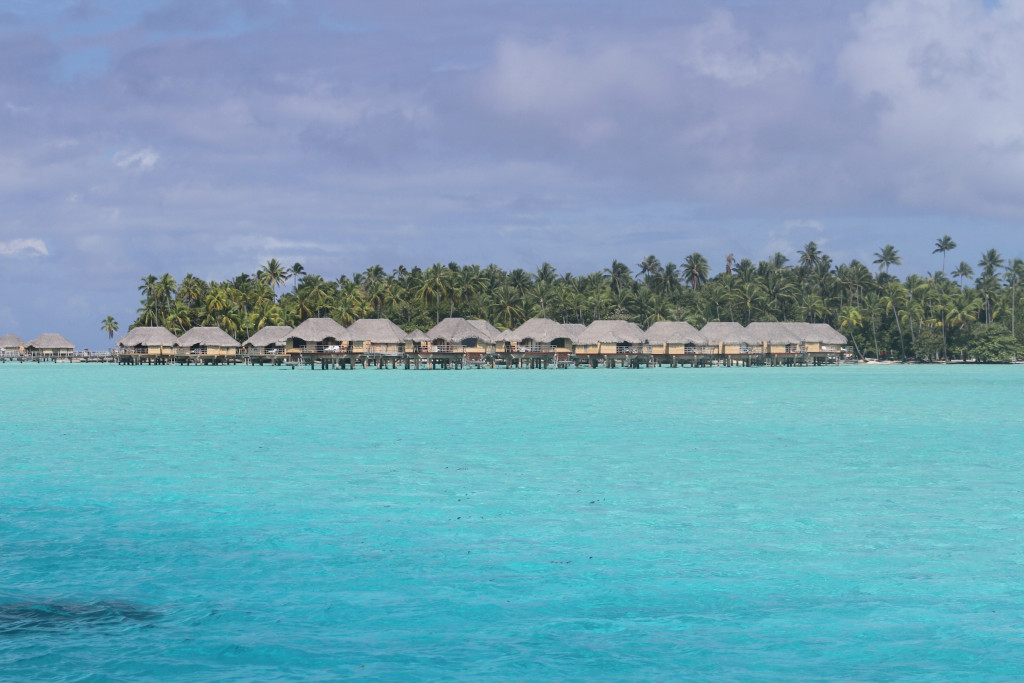 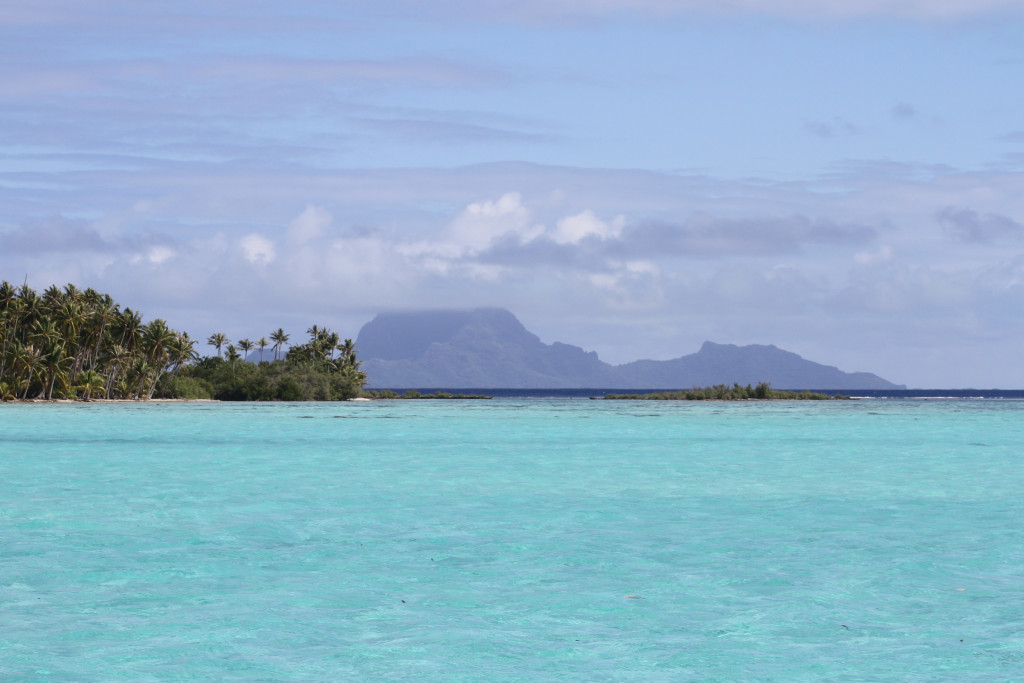 Bora Bora from the anchorage at Taha’a

The views to Bora Bora were spectacular, although with the weather remaining unsettled and squally it was difficult to get the longed-for sunset pictures. This was the best we could do: 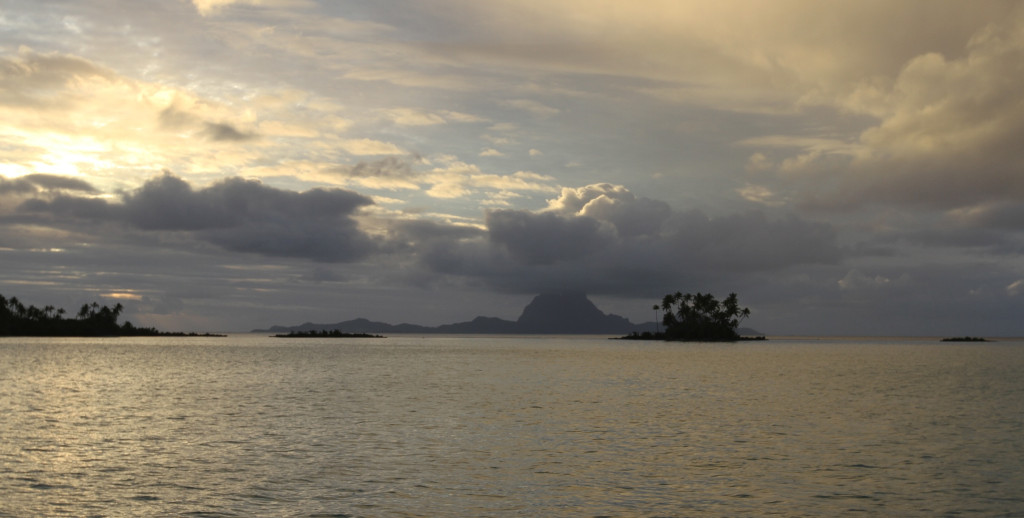 Bora Bora in the late afternoon 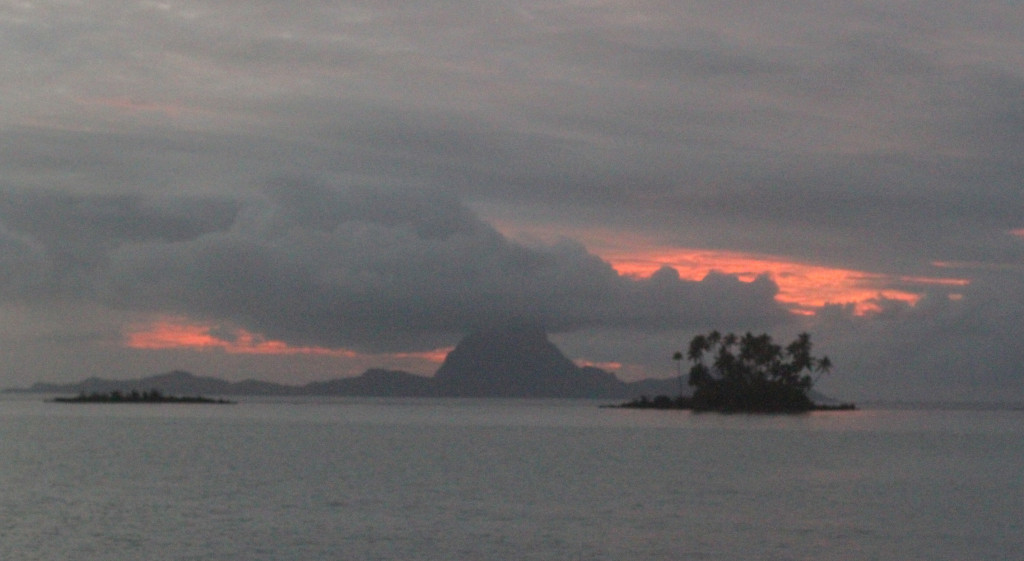 The coral gardens are definitely worth a visit, although much better early in the day before all the tourists arrive, and when the sun is shining. It’s best done as a drift snorkel, walking to the outer reef end of the small motu adjoining the private island, and then drifting down through the pass between the islands. A very pretty snorkel with lots to see and so many fish. 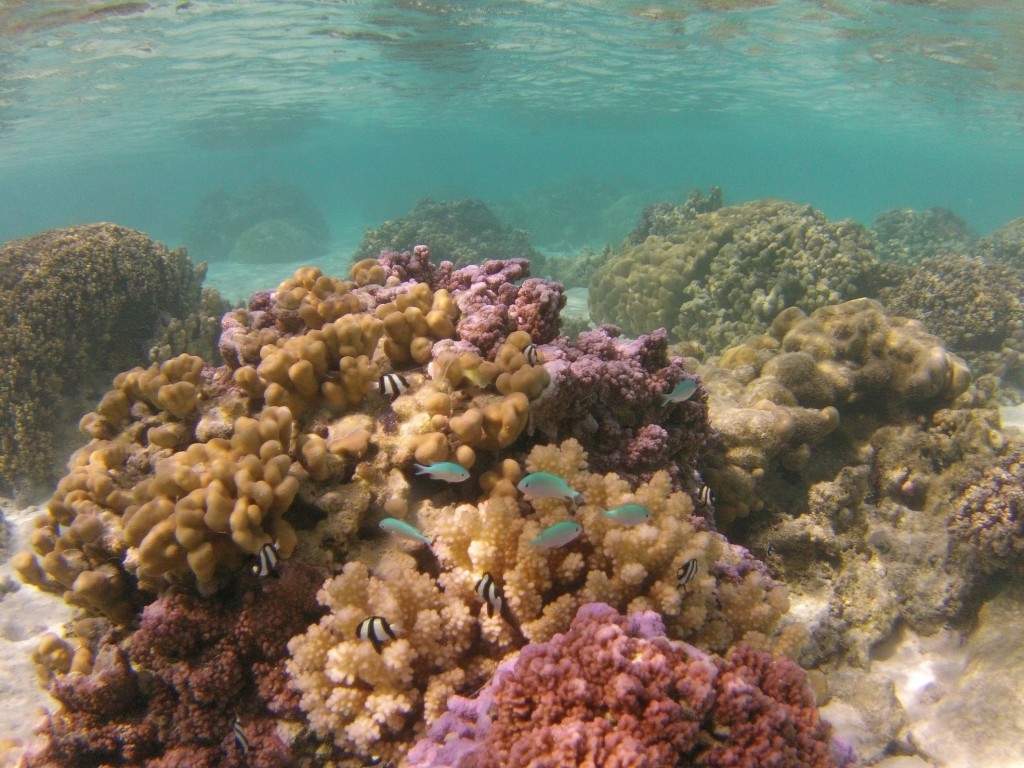 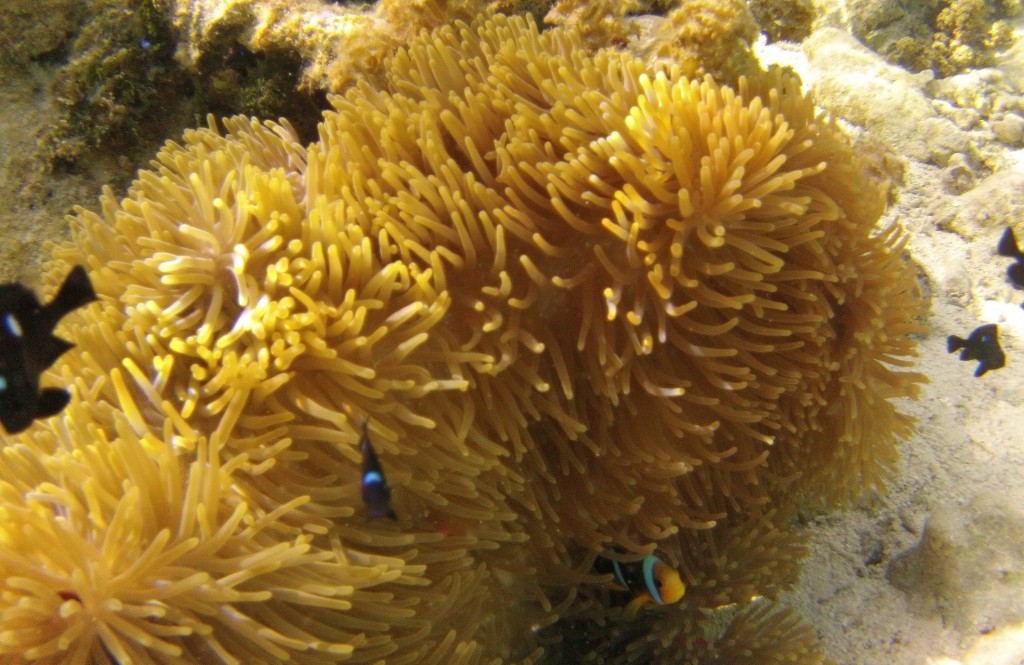 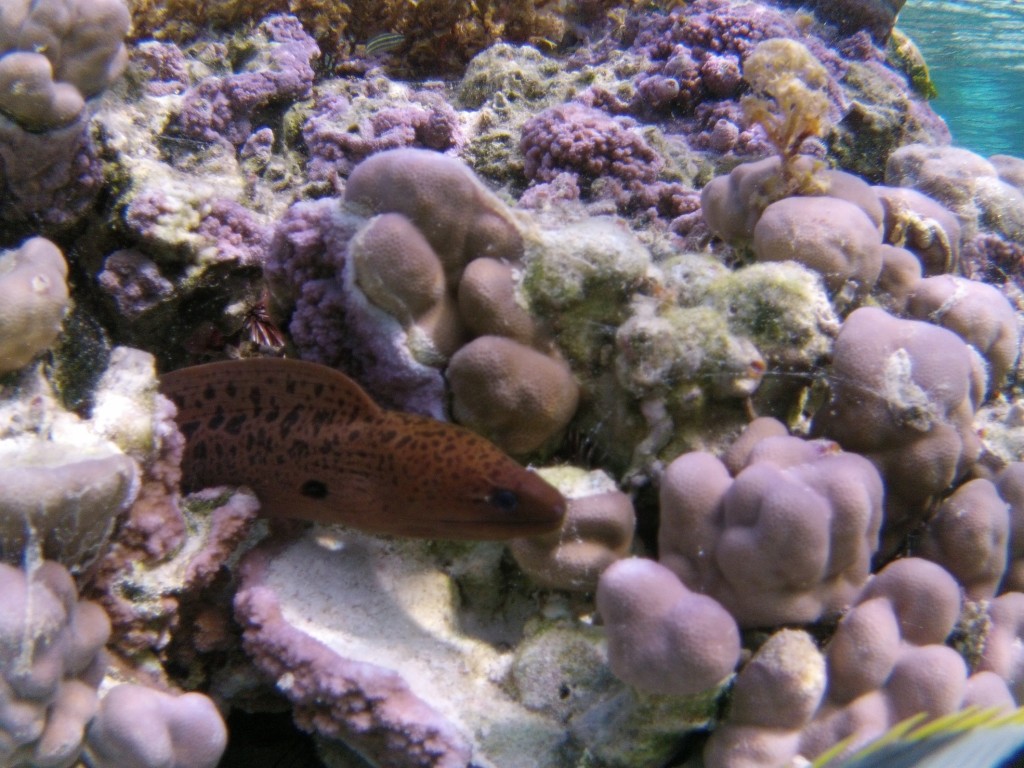 A friendly moray eel popped out to say hello 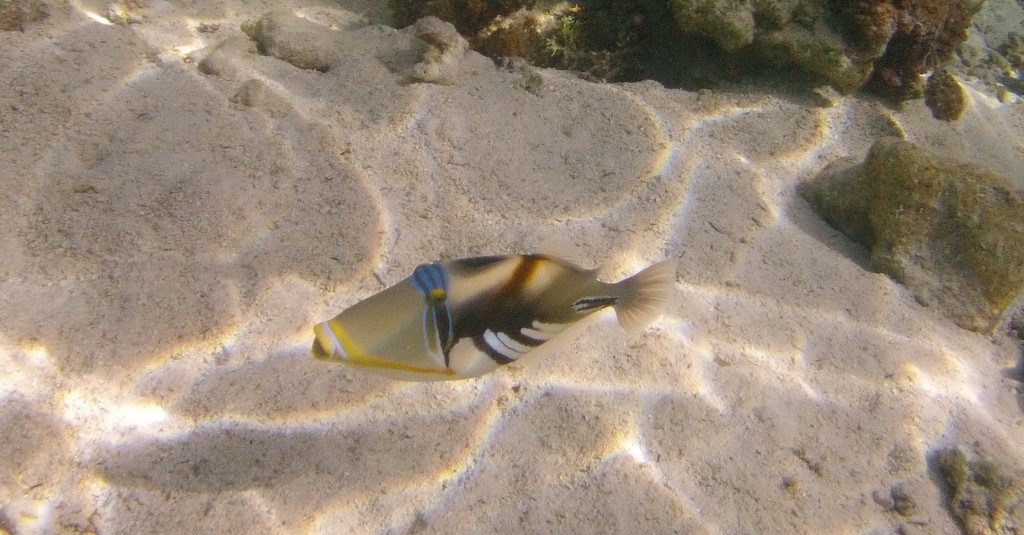 This guy takes the prize for the best colour scheme!

Lovely as it was, we stayed only two nights here as we were keen to spend our remaining time in French Polynesia exploring the legendary Bora Bora – just a short daysail away.