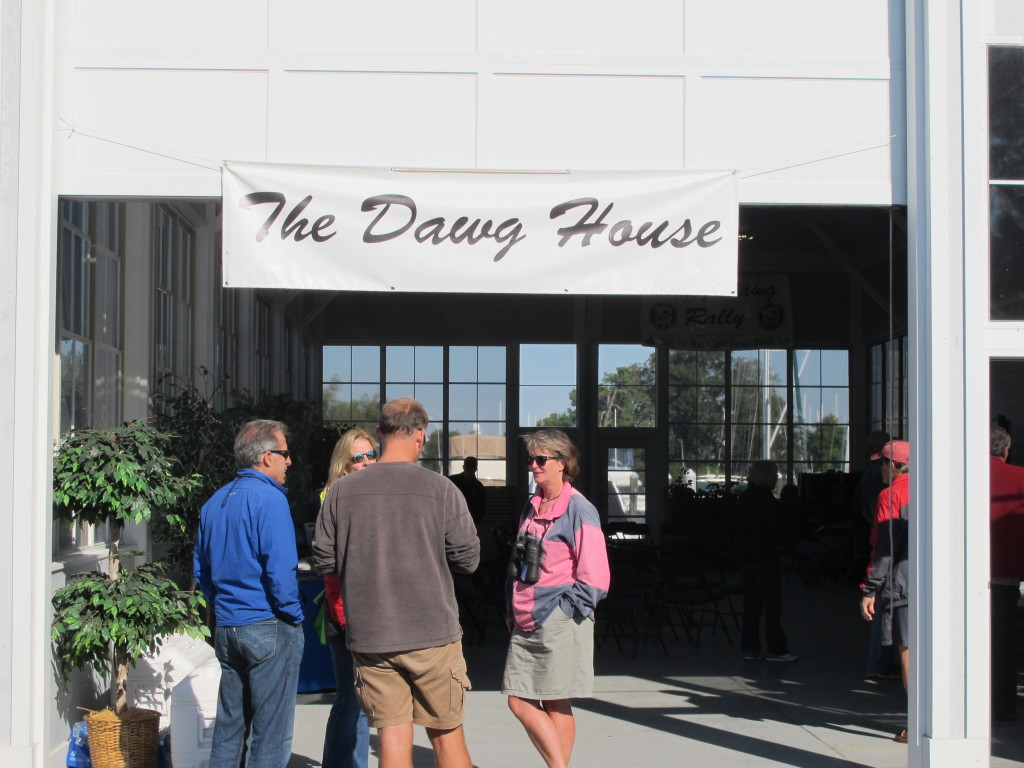 We were booked to come into the Bluewater Yachting Centre marina on Wednesday, but after 4 nights on the hook it was clear that our bank balance wasn’t the only thing draining – our batteries were struggling to hold charge.

Despite running the engine and generator, and turning off the fridge & freezer at night, by Tuesday morning our batteries were down to 60% charge. There also seemed to be a huge amount of amp hours being chewed up, even when we shut down the power hungry items on the boat. So we called up the marina and they organized for us to come in to the dock a day early.

Getting in to our berth required some careful navigating as they’ve put all the cats in the “yacht basin” in the inner part of the marina. You’d better hope we all want to leave at the same time cause there’s definitely no room to swing a cat here! 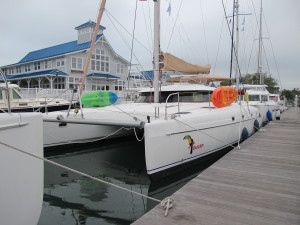 Most of Tuesday was spent fruitlessly ringing around trying to find a marine electrician. We weren’t sure if the batteries were on the way out, or whether there was a charging problem in the system. But no-one could do anything for us until Friday, which was far too late. We’d suspected the batteries weren’t in good shape due to the previous owner’s lack of maintenance (they were wet cell batteries) but we were hoping to nurse them through at least to Panama. But now we had little choice except to throw in a couple more B.O.A.T. units (bust out another thousand) and replace them with sealed AGM batteries. 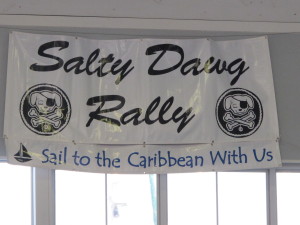 The organization for the rally is pretty impressive, and West Marine provide a free shuttle service from the marina to the store (plus anywhere else you wanted to go) 4 times a day. So back we went to our favourite store. Mike the manager there has been extremely helpful and managed to organize our new batteries to be delivered the next day and gave us a great price (he looked up our account in Annapolis and saw how much money we’d spent already. I think we’re in the running for ‘customer of the year’! Not an award we really wanted, frankly)

Each day there’s a programme of seminars in the mornings covering a wide range of topics, from fishing to cooking on board, to safety and communications. Thursday morning the US Coast Guard provided an on-water demo of a helicopter rescue which was pretty impressive too (video editing courtesy of Rob!)

But the best event of all was Rob and Alley’s arrival on Thurs morning!! 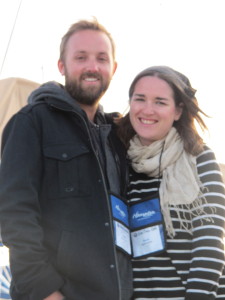 It’s so wonderful to be reunited again after 5 months. They’d come on the red-eye flight from LA so were somewhat bleary-eyed but there was no chance for rest. Rob was to put to work straight away helping Bruce and Jon (our crewmember) take out the old batteries and install the new ones. 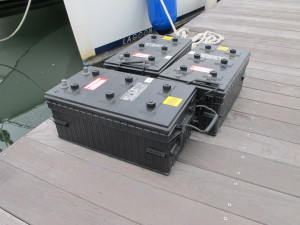 Goodbye to the old batteries

Not an easy task – these monsters are HEAVY! Their home is down in the starboard engine bay, so the guys had to carry them onto the boat, across the cockpit and then rig up a block and tackle to lower them down into the engine bay. It required all four of us to complete the job so we were very glad of the extra help. And then we let Rob and Alley sleep!

Unfortunately our woes weren’t over though – after the new batteries were in, the same electrical leak was happening, draining out about 20amps even when nothing was plugged in. Back to drawing board. The guys eventually worked out that the cable from the batteries to the 110v power outlets must be the culprit. Another trip to west marine for new cable, another half day of running new wiring, but the good news is they fixed the problem!! Poor Bruce has been so busy with all this work that he’s missed just about all of the information sessions for the rally. But we’ve met some great people here and Happy Hour is a welcome relief from all the boat chores. 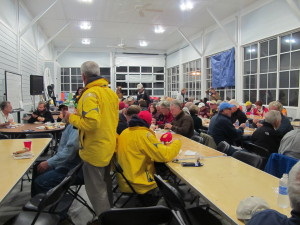 Our last crew member, Brendon, arrives today (Saturday) so then we’ll have a full boat. At this stage it looks as though our scheduled departure will be delayed at least until Monday and possibly Tuesday as we wait for a nasty cold front and developing storm to pass over this weekend. You can follow our progress by looking at our track on the Welcome page, or by going to the rally website, www.saltydawgrally.org and click on the Fall Rally 2014 and ‘follow the fleet”. We’ll try and send some updates during our passage which they’ll post on our behalf in the rally blogs section. Starting to get very excited about heading out to warmer climes – temperatures here on the weekend will be hovering just above freezing!! Wish us luck on part one of the passage of many parts!

5 Responses to The Dawg House