Into The Woods – Waipoua Forest, NZ 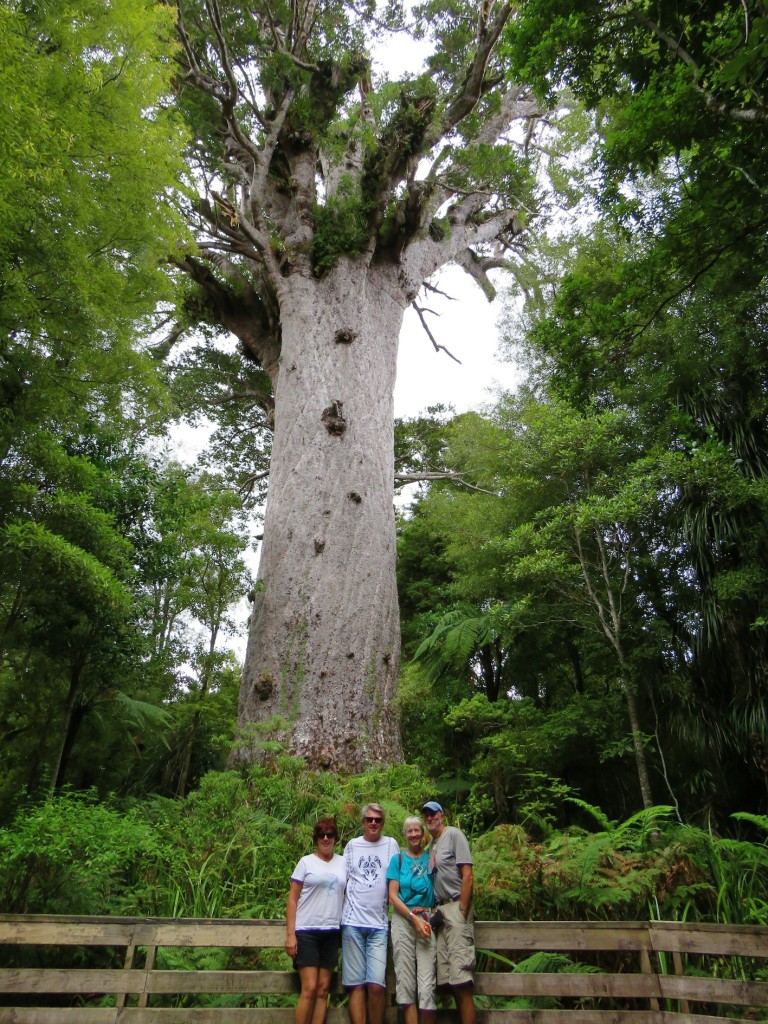 Earlier this month we took a rare day off from boat jobs, and with our buddies from ‘Escape Velocity’ hired a car to explore the famous Kauri forests at Waipoua.

It’s a two-hour drive from Whangarei, across country to the west side of the island. After so many months of seeing nothing but blue, the sight of all those green rolling hills and lush pastures had us all ‘ooh-ing and ah-ing’ with delight. Eventually we reached the west coast and caught a glimpse of the Tasman Sea from the lookout – it seems a lifetime ago now that I did my first ocean crossing on this stretch of water, delivering “Illusion” back to Australia with Bruce and our friend, Paul. That still rates as my number one worst passage ever! But on this day the Tasman looked to be on its best behaviour, all twinkly and sparkling in the sunshine. 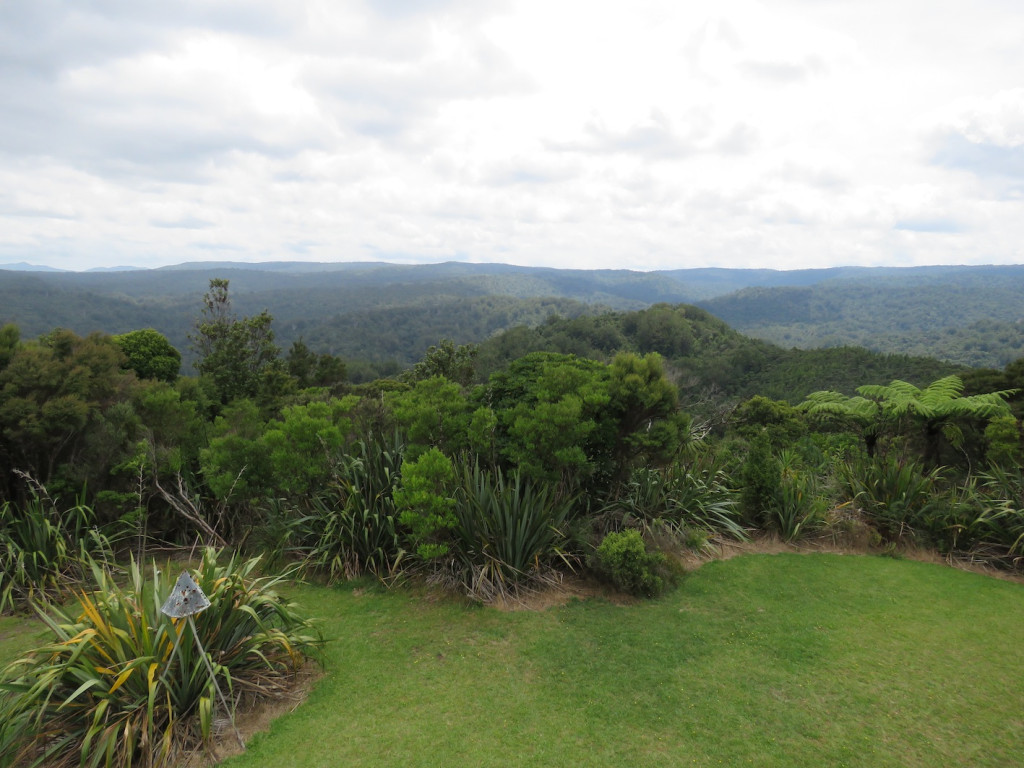 The lookout from Waipoua Forest, and just beyond, the Tasman Sea

Finding the giant Kauri trees was a bit more challenging, the forest stretched on for ever with nary a sign. We asked a German tourist who waved vaguely down the road. Eventually we came to the visitor information centre, but no giant Kauris there – it was another 10km on before we finally got to the site we’d been looking for – the site of Tane Mahuta, “the Lord of the Forest”, New Zealand’s largest living Kauri tree. And what an impressive sight it is –51 metres high, with a girth of nearly 14 metres. They think this ancient giant of the forest has been standing sentinel for 2000 years or more, while the world has turned and changed around it. 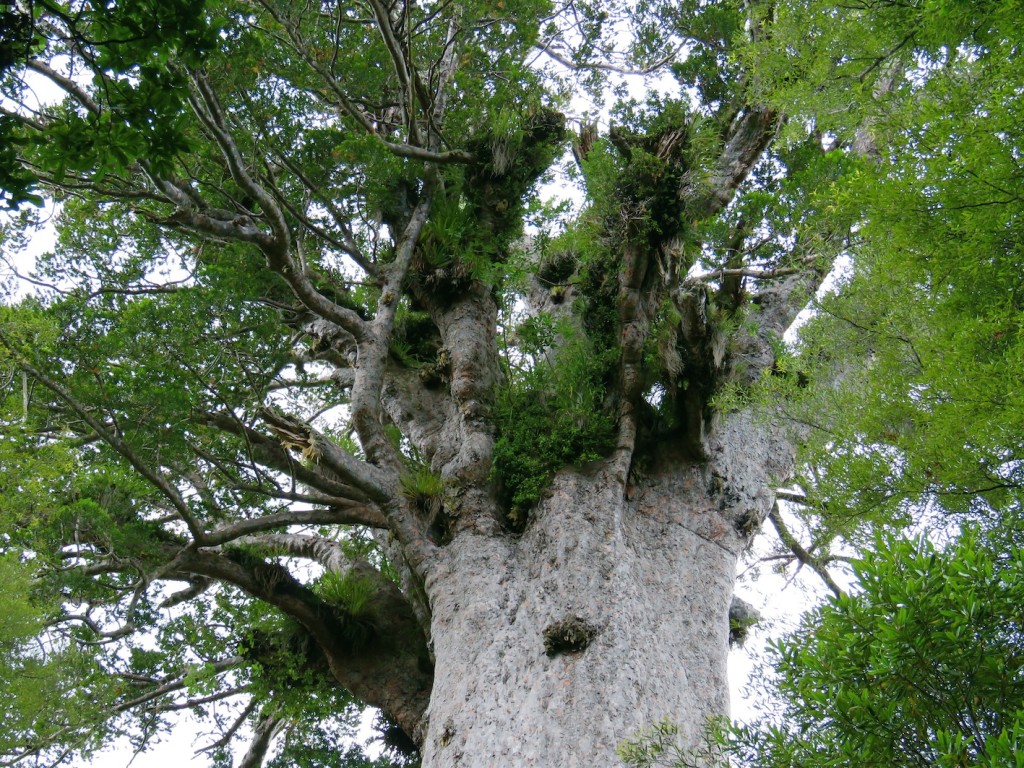 The canopy of Tane Mahuta 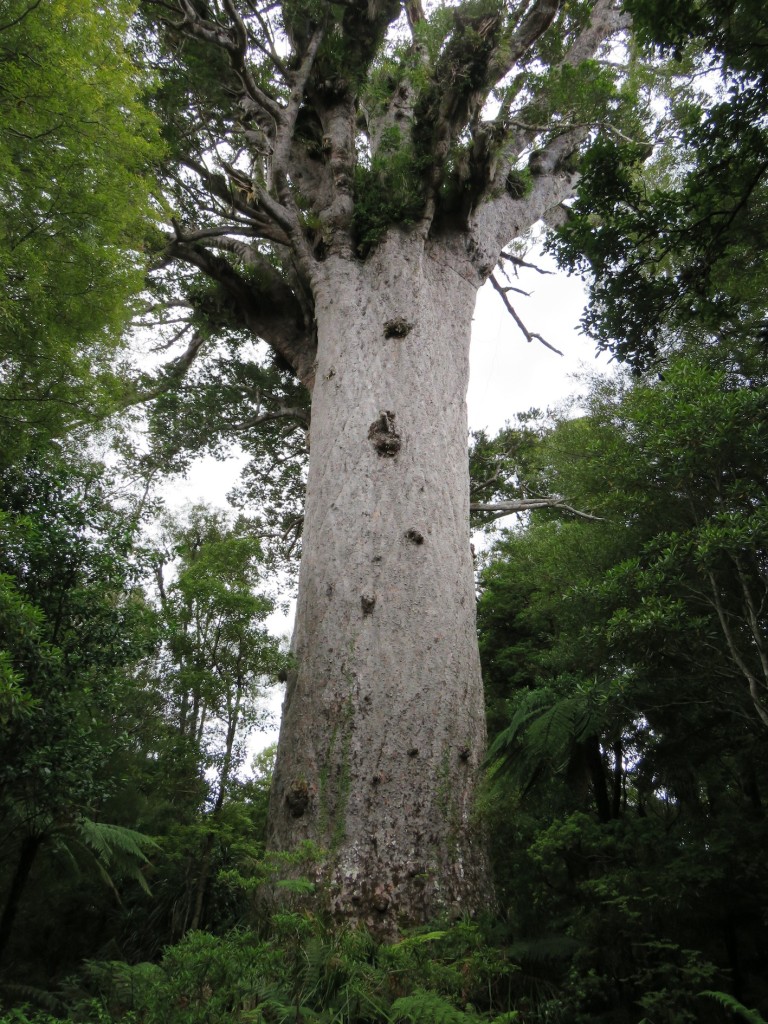 the Lord of the Forest 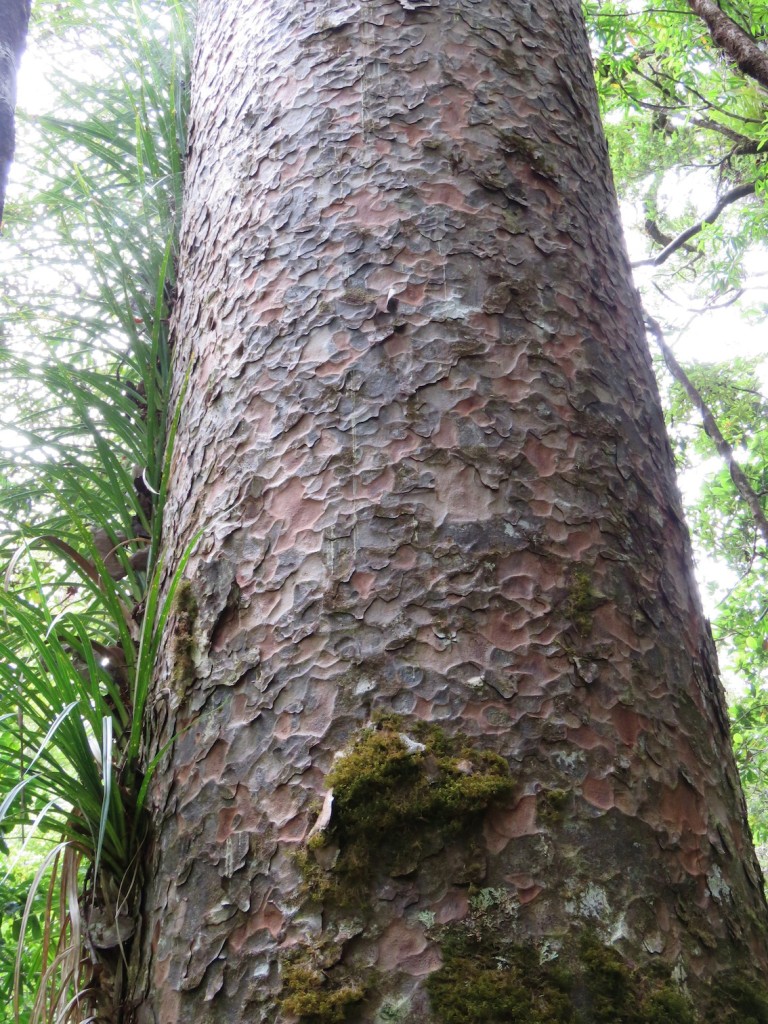 the distinctive bark of the Kauri, like beaten copper

Sadly, the Kauris are now being threatened by dieback caused by a fungus, supposedly spread by soil movement from vehicles and human feet. At the entrance and exit to the walks are ‘cleaner stations’ to try to prevent further spread of this disease, and visitors are encouraged to stay on the designated walkways. The area was declared a forest sanctuary in the 1950’s and is managed by a volunteer forest trust who seem to be doing a good job of trying to protect this last vestige of ancient forest. 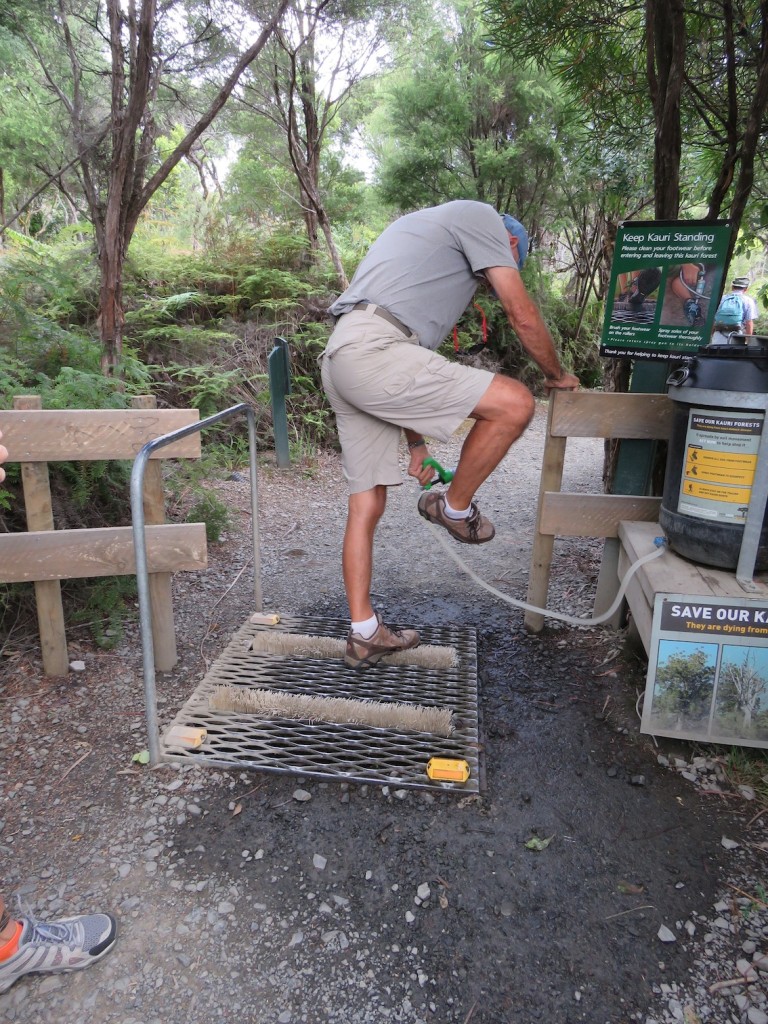 Jack at the cleaner station

Further on down the road we visited another stand of giant Kauris, including Te Matua Ngahere, the second largest kauri, and the Four Sisters. 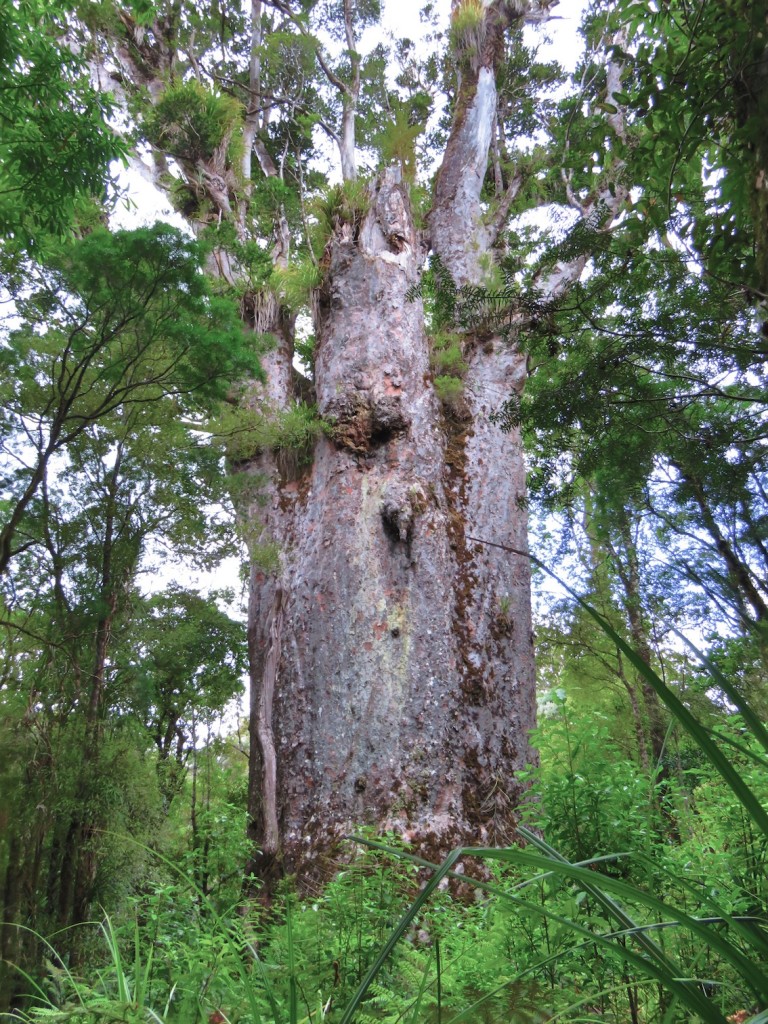 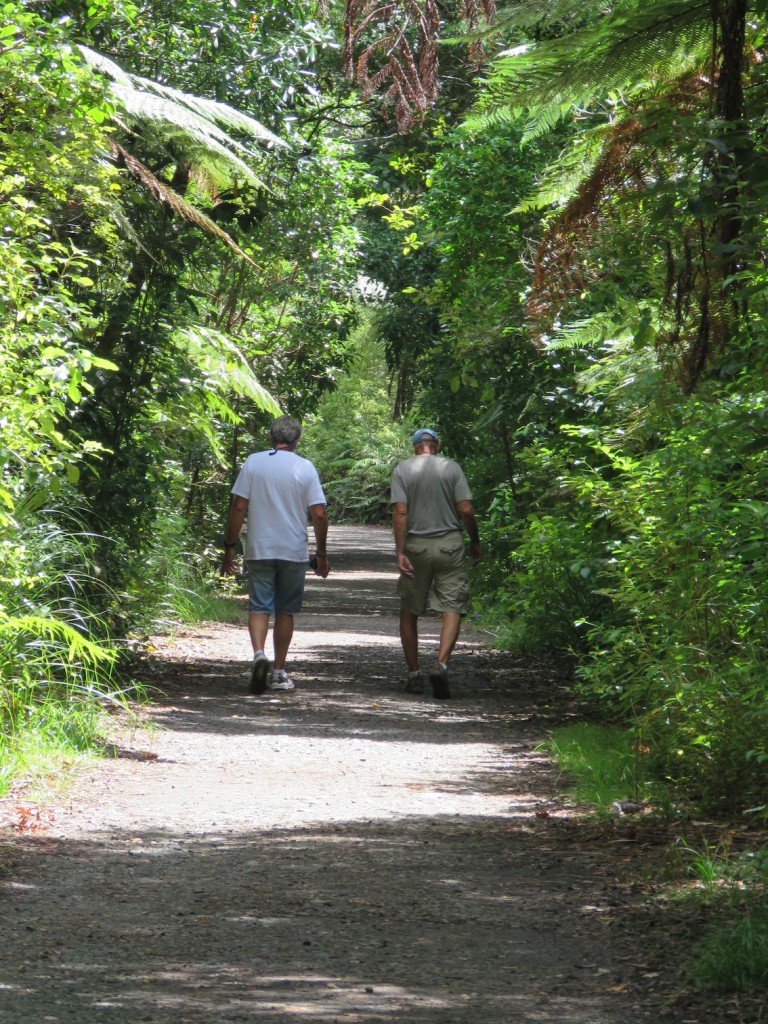 Bruce and Jack striding it out in the forest 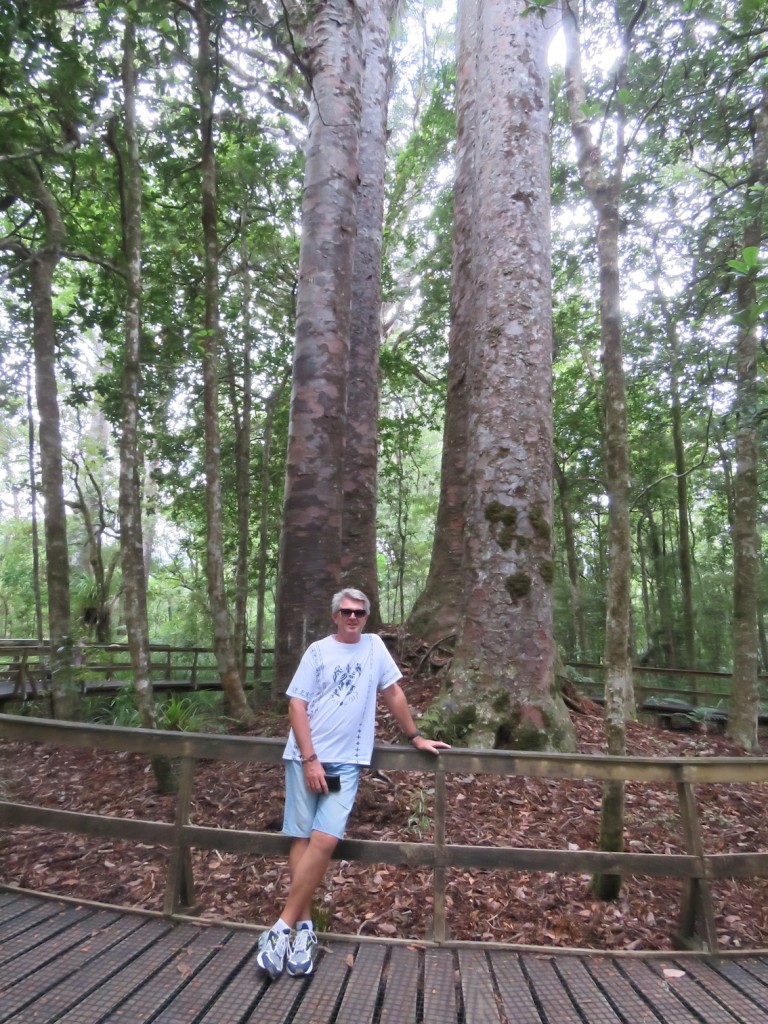 Bruce and the Four Sisters

There’s something very magical about these ancient forests, almost like visiting a cathedral – the stillness and the majesty leaves you with a feeling of awe and reverence. It’s so very peaceful, far from the hustle and bustle of human activity. 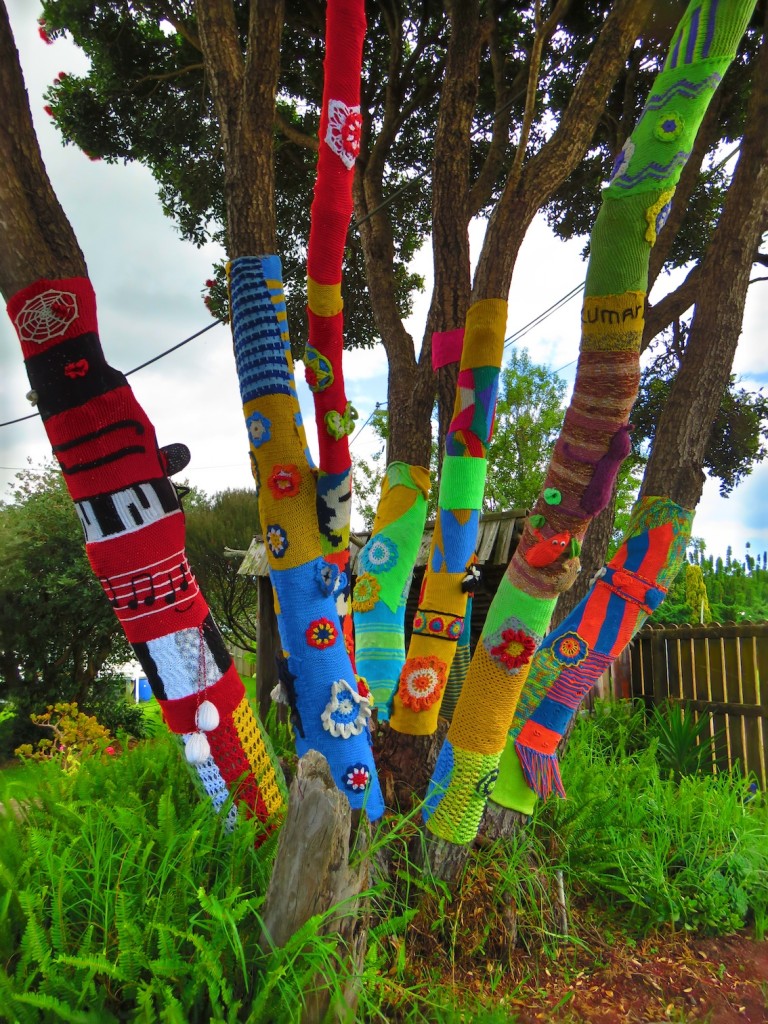 On our way home we spotted these colourful tree socks – seems the kiwis love their trees!

It was a great outing and I think we all came away refreshed and reinvigorated, ready to face a few more boat jobs.