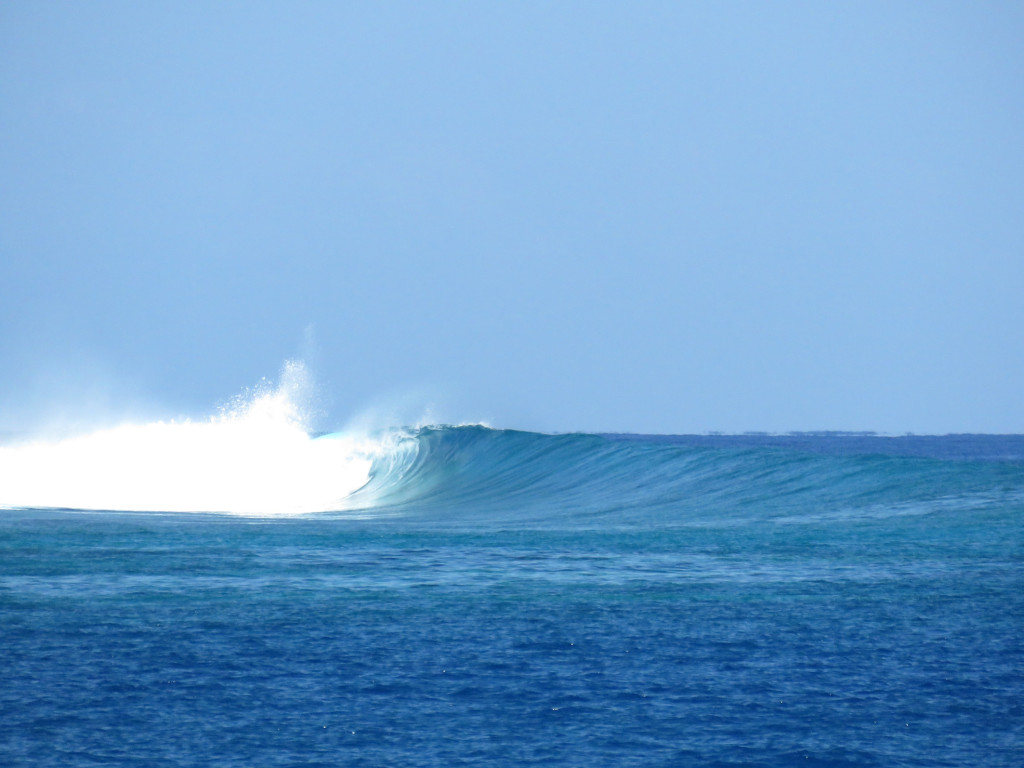 They call it the Nirvana of surfing – the world-famous ‘Cloudbreak’, apparently one of the 10 most challenging left-hand surf breaks in the world, and which on its’ biggest days can undo the best of the best. We’d heard about it (it’s impossible not to, there’s even a ‘Cloudbreak’ store in Denarau selling all manner of souvenirs and the inevitable T-shirts bragging of survival), we’d got within coo-ee of it when we went out to Namotu Island, but being well past any chance of mixing it with the surfer dudes we weren’t expecting to get up close and personal with the mighty break itself.

That is, until we discovered that to get around to the south coast of Viti Levu we had to get through the reef – which happened to be the pass right next to Cloudbreak. Woohoo, let’s go check it out! It was a beautiful morning with not much wind so we motored slowly past, awestruck by this break even on a quiet day. Knowing the reef is so shallow here makes it even more scary – a friend of a friend had to be recently airlifted to Brisbane after coming a cropper on the reef. It’s definitely not for the faint-hearted or the inexperienced. Here’s some shots we took while passing through: 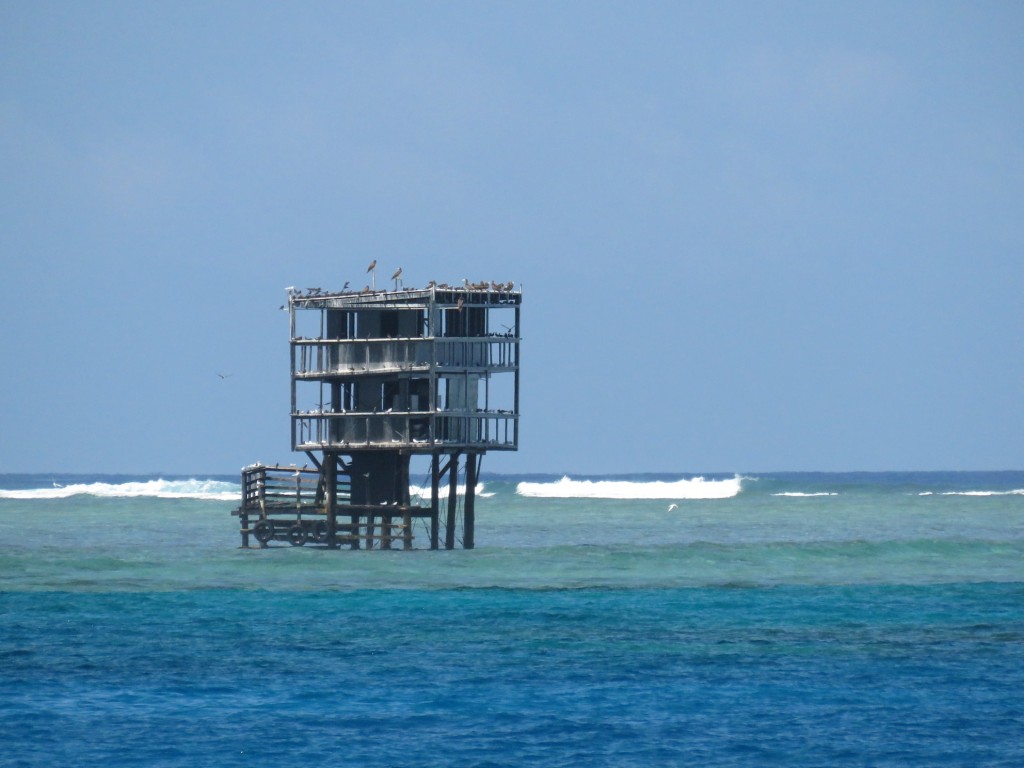 The viewing platform for the international competitions 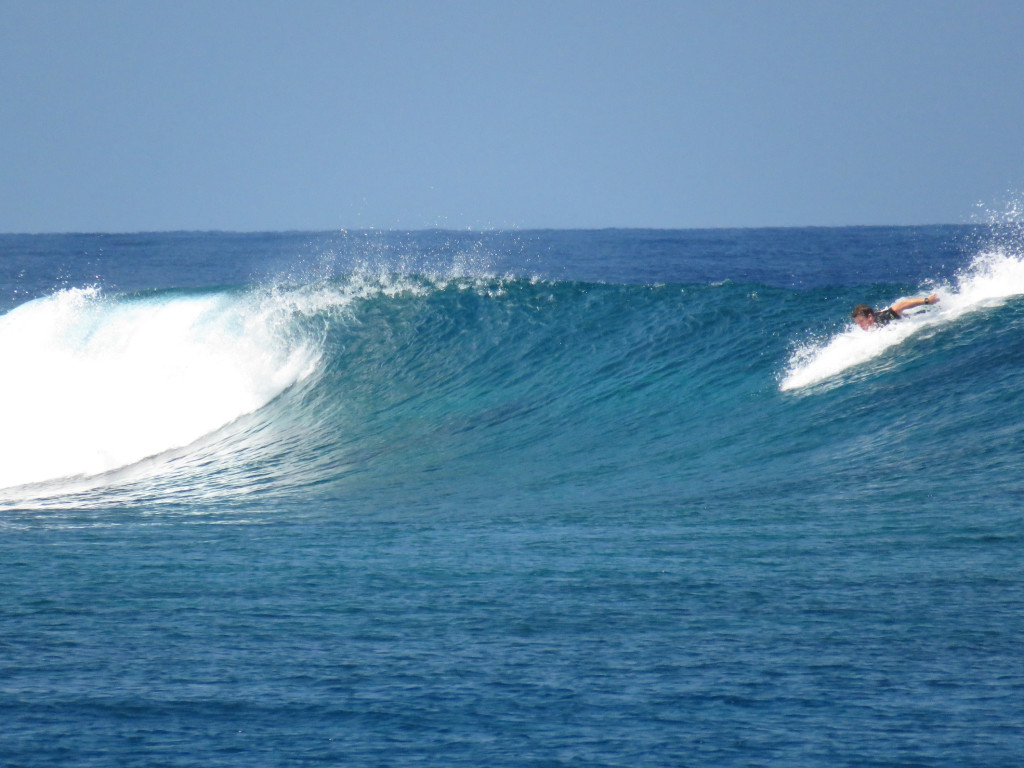 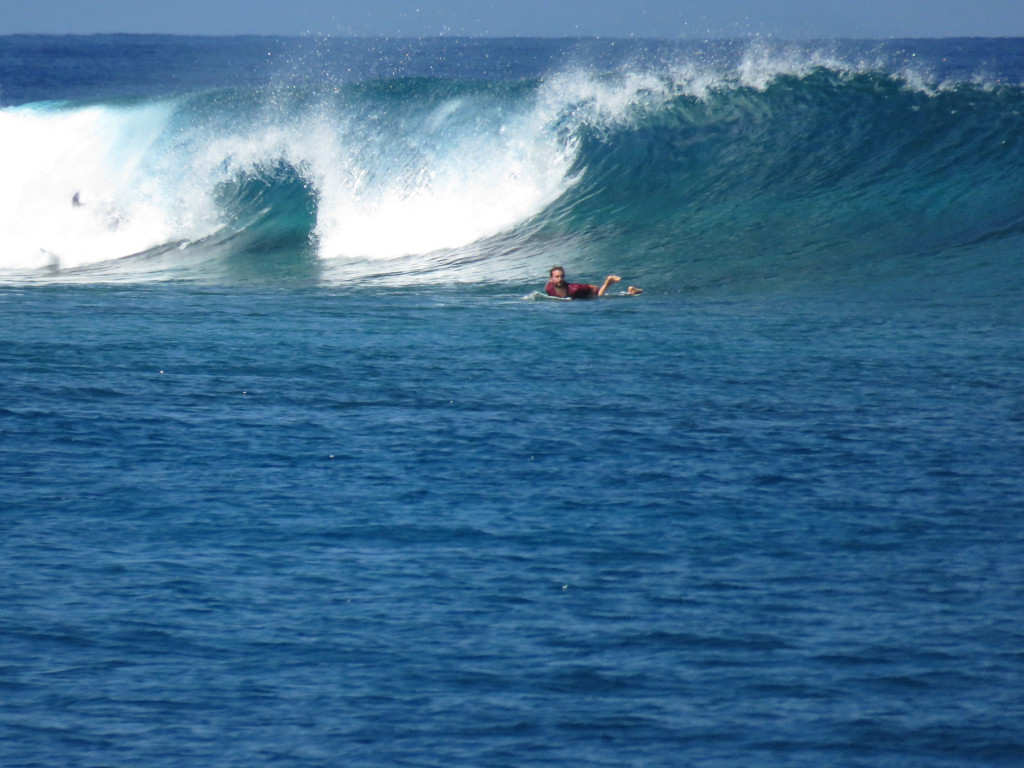 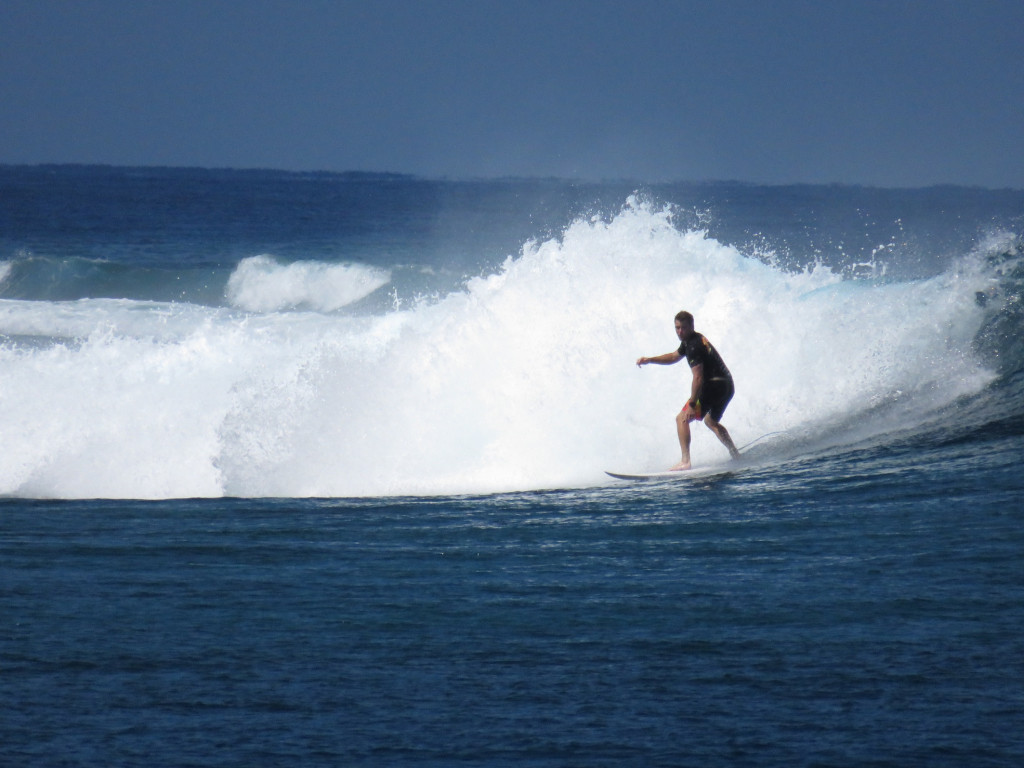