Pirates Of The Caribbean – St Lucia

With our arrival in Martinique, we also entered into the Windward chain of islands, so called because they lie to windward of the route taken by the old square rigger sailing ships arriving from Britain and Europe. They’re impressive, majestic volcanic islands with sheer cliffs rising out of the sea and lush, dense vegetation.

Sadly, while the beauty of the scenery seems to keep improving as we move down the chain, we’re also aware that security becomes more of an issue, with many reports of yachts being boarded when owners are ashore or asleep at night. St Lucia has a particularly bad record, with the tragic death last year of a skipper trying to defend his wife and yacht. So we were willing to bypass St Lucia completely and head straight for St Vincent. The problem with this plan was that it would be a long sail, probably an overnighter, that nobody was particularly keen on. So the compromise was to make for Rodney Bay on the northern end of the island and find a berth in the marina where there was better security.

We left Marina du Marin in Martinique at 9a.m. on New Year’s Day and had a brisk sail to St Lucia under just a reefed jib. The “Christmas Winds” have been well and truly blowing for the past week, with strong east-nor’easterly trades of 25 -30 kts most days. At least for this sail the wind was on our quarter (at last!) making for a more comfortable ride, and we were still doing 7-8kts. 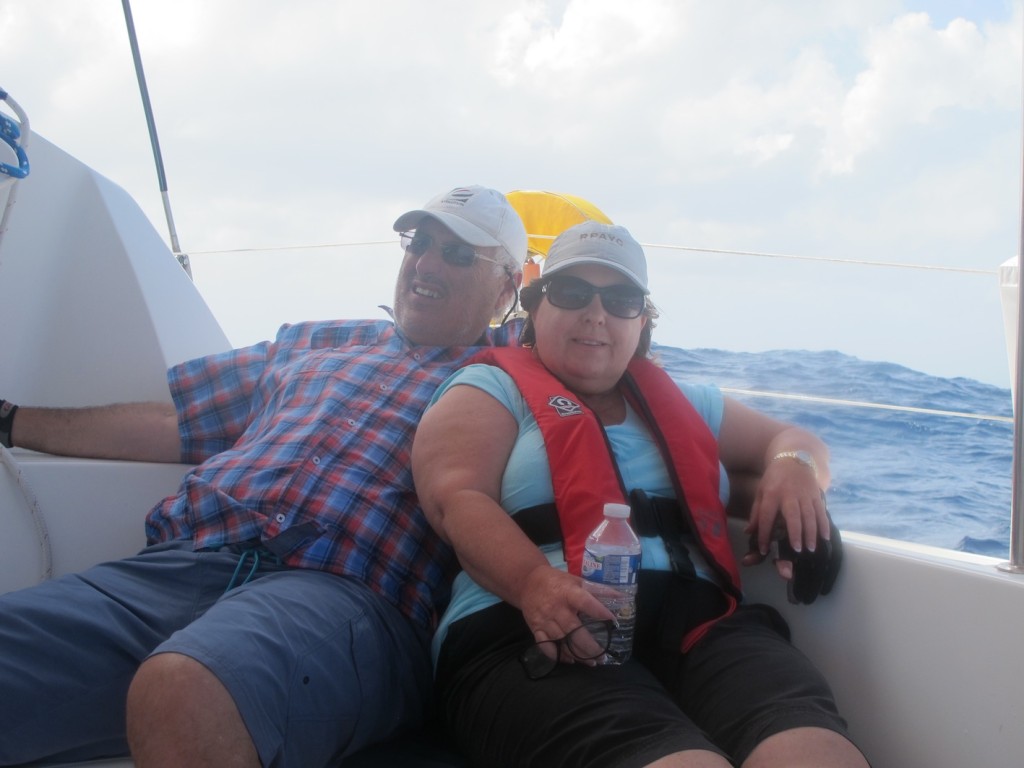 Four and a half hours later and we were safely tied up in Rodney Bay Marina, a very nice establishment with bars, restaurants and a pool. Being a public holiday there wasn’t much open, so we had a swim at the pool and relaxed the remainder of the day. 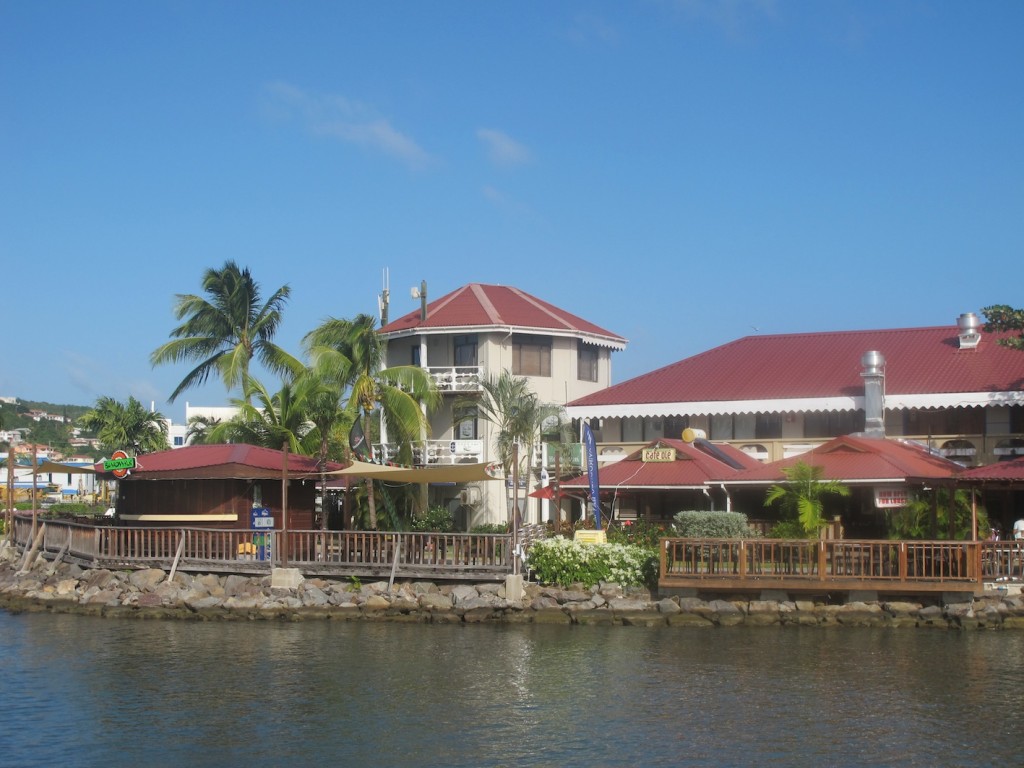 The Caribbean mantra for security is “lock it or lose it”, so ever since the BVI’s we’ve been in the habit of raising the dinghy at night, as well as having a permanent lock on the outboard motor. We also lock the dinghy to the wharf whenever we go ashore, and lock all hatches and the sliding door to the saloon. However, we faced a problem – the sliding door could only be locked from the outside, not the inside, leaving us vulnerable to possible intruders at night. With a bit of ingenuity, we found a solution by placing a length of dowelling wood in the sliding door track on the inside, leaving the door open just enough to lock it and remove the key. A bit over the top perhaps, but worth it to be able to sleep soundly at night.

The next day we spent provisioning (again! – six people eat a lot of food) and trying to find somewhere to purchase a local sim card for my new iphone which Ron and Jackie had kindly bought for me prior to leaving Australia. We had good success with the former quest, but not with the latter as the Digicel shop was closed, so it looks like I have to be patient and wait a bit longer before being able to have an operational phone – “sigh”. 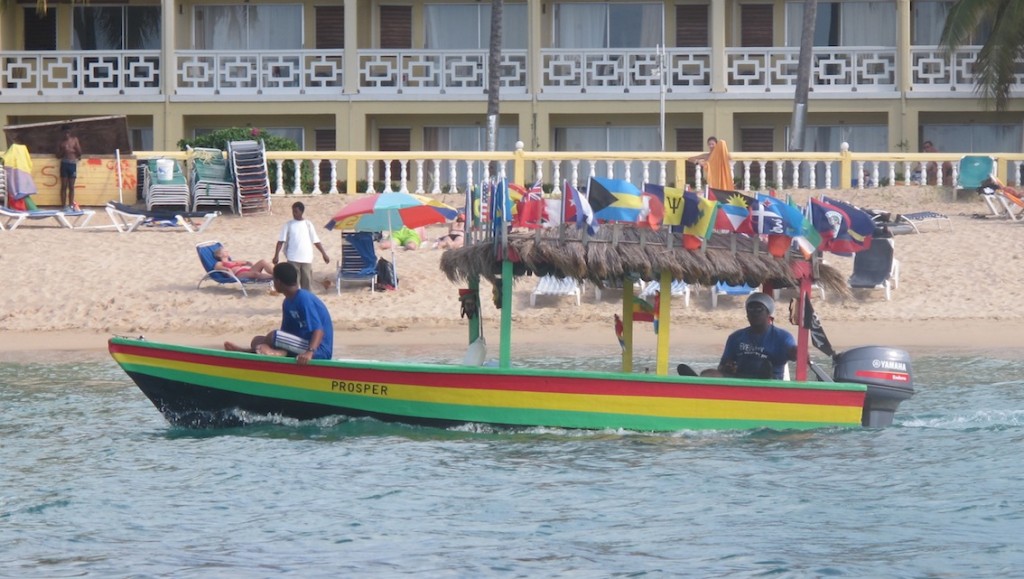 and it seems that everywhere there are local ‘helpers’ trying to make a buck of two. 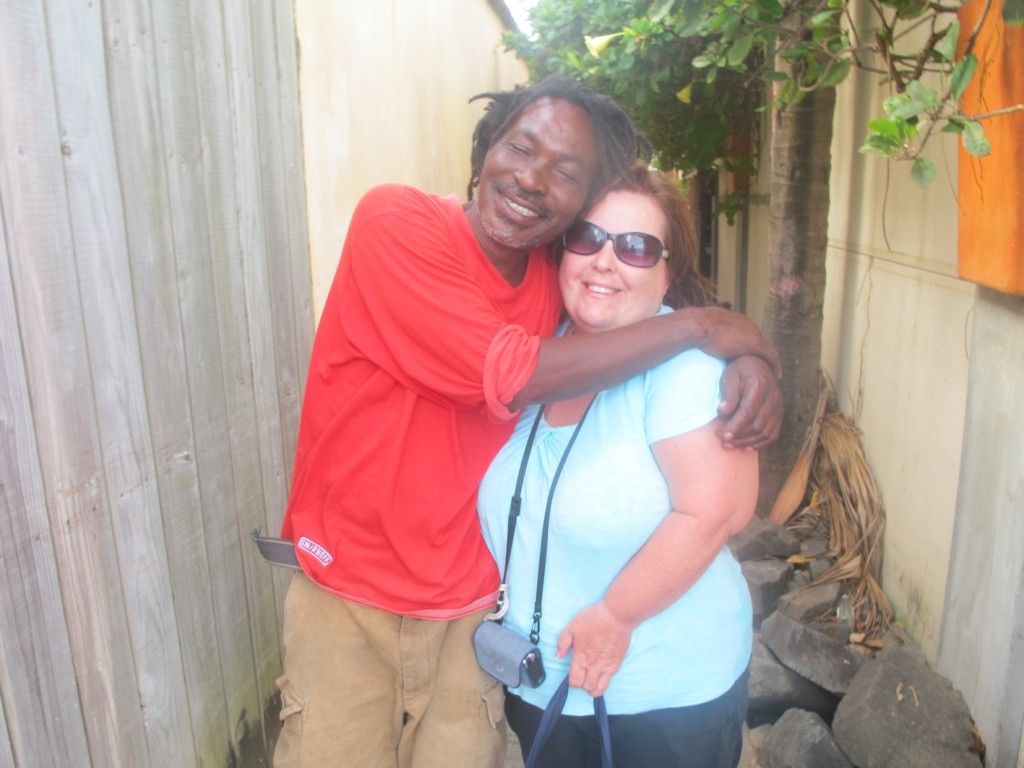 This fellow had set himself up as the unofficial dinghy-minder at the supermarket dock. He asked us to take his reward card to the supermarket so he could get the points and seemed particularly smitten with Jackie! Inevitably he also asked for a tip when we were leaving. He was pleasant and not too pushy, so we obliged with a small amount. I have a feeling this will be the first of many such requests in the future.

On our second night in the marina we couldn’t resist the pizza restaurant, or the ice creamery afterwards. What a treat! Not wishing to do too much more damage to our waistlines we decided to head further down the island to Soufriere Bay, making our hop across to St Vincent more manageable the next day. 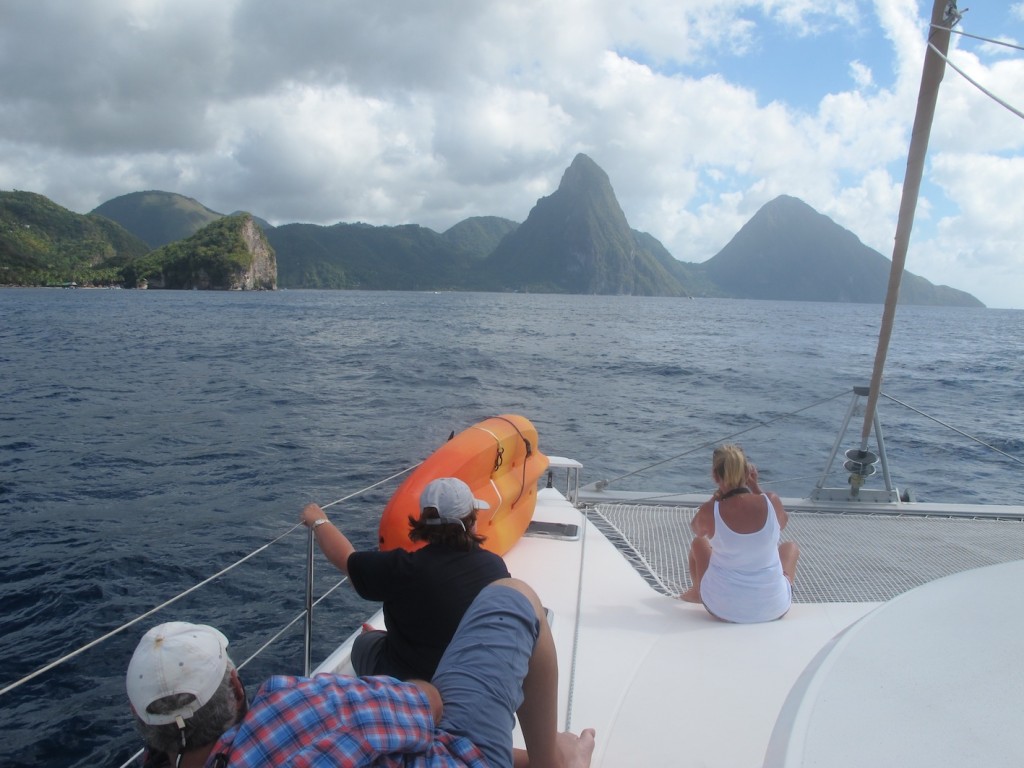 As soon as we entered the bay we were approached by a local ‘helper’ with several family members on board, all keen to direct us to a mooring. We politely declined but they continued to motor alongside us around the bay until they eventually lost interest and started pursuing another yacht. The bay had quite a lot of swell coming in and the wind was whistling down the steep hills so we decided to motor round the corner to the anchorage between the famous Pitons – so famous there’s a beer named after them!

Enjoying a Piton at the Pitons!

Being part of the marine park, anchoring isn’t allowed, so we were lucky to pick up the last available mooring. With the number of hands on deck we really didn’t need assistance, but it seemed that refusing the local ‘helper’ wasn’t an option. After a bit of haggling we gave him $20 EC (Eastern Caribbean dollars, about AUS$9) and refused his additional request for a cold beer. It felt as if we’d been ‘had’ but our choices of other anchorages were fast running out. 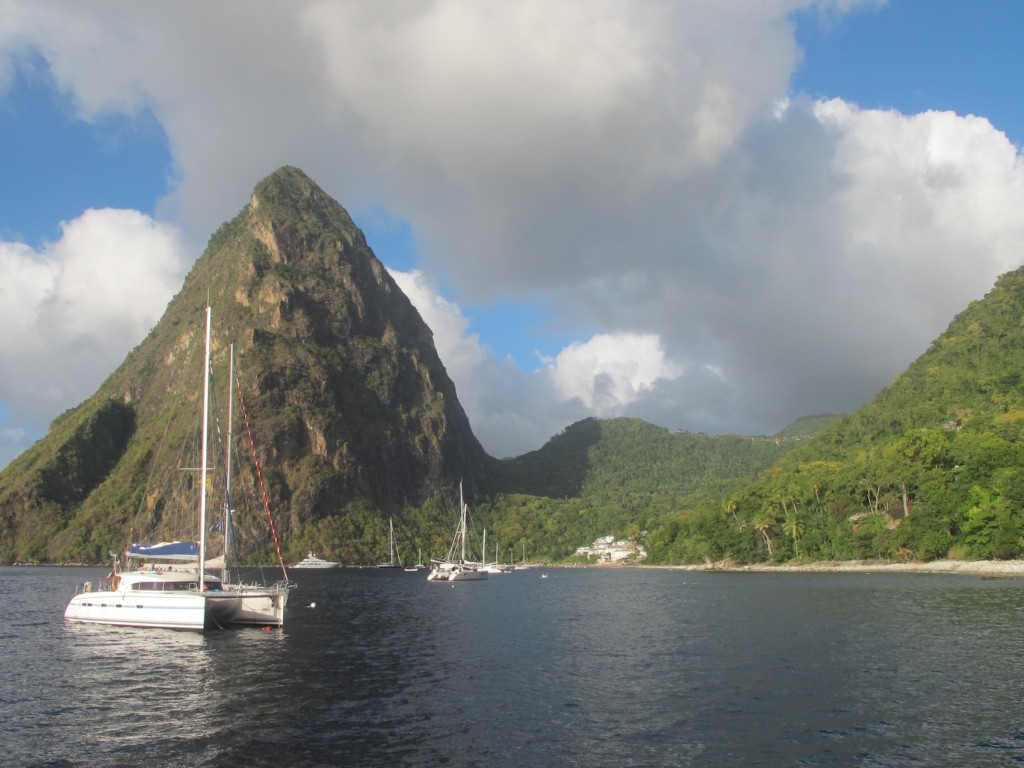 Anchorage at the Pitons

The anchorage itself was stunning, surrounded by the two towering pinnacles above us, with cattle grazing in the valley between.

The Pitons Anchorage at sunset

I had a bit of a snorkel around the rocks and reef, but although the water was warm, the underwater scenery wasn’t very exciting. We settled in for sundowners and dinner in the cockpit, enjoying the scenery and planning our next day’s sail to St Vincent. Just on dark a small unlit boat crept into the anchorage, spooking out a few of the crew. To allay any fears we put all our security measures in place, and then Bruce and I went to bed and slept soundly all night. In the morning we discovered that Penny and Jackie had been up several times during the night to check on the ‘pirates’, but daylight revealed that the marauding pirates were actually backpackers in a little rented J24 yacht! Oh well, better safe than sorry! Let’s hope it stays that way.