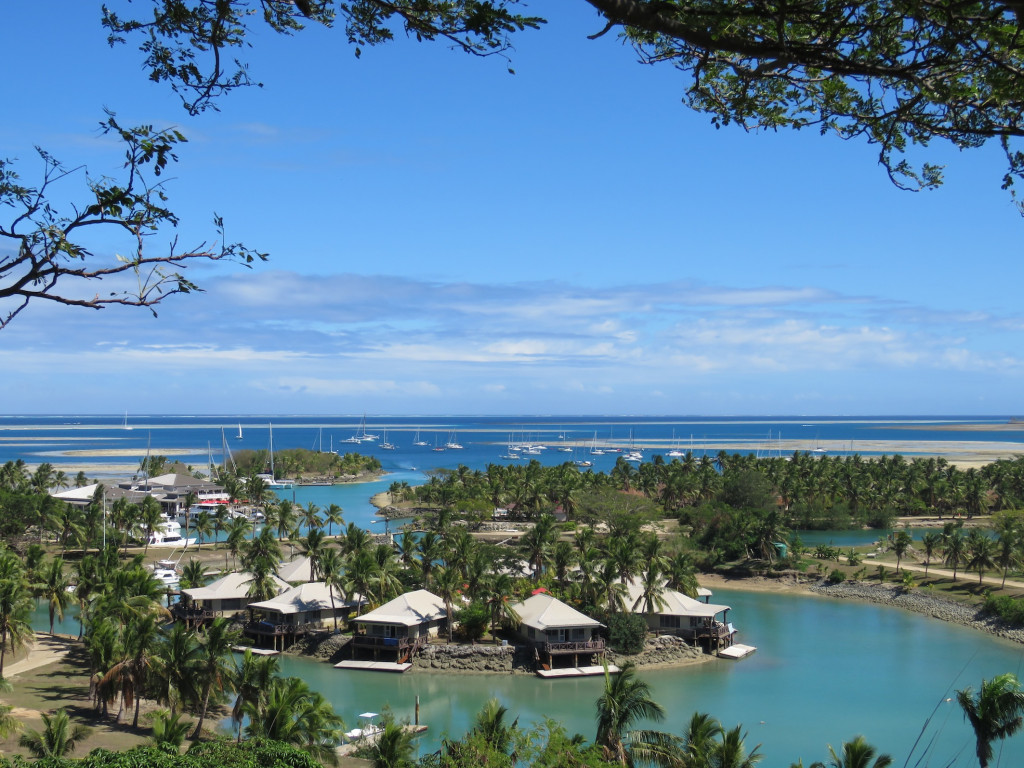 The West side of Viti Levu is definitely the ritzy side – as we motored the short distance to the legendary Musket Cove we passed numerous sandy cays dotted around the reefs, each one occupied by an exclusive resort. It was a hive of activity with jet skies, dive boats and high-speed ferries transporting tourists hither and thither. 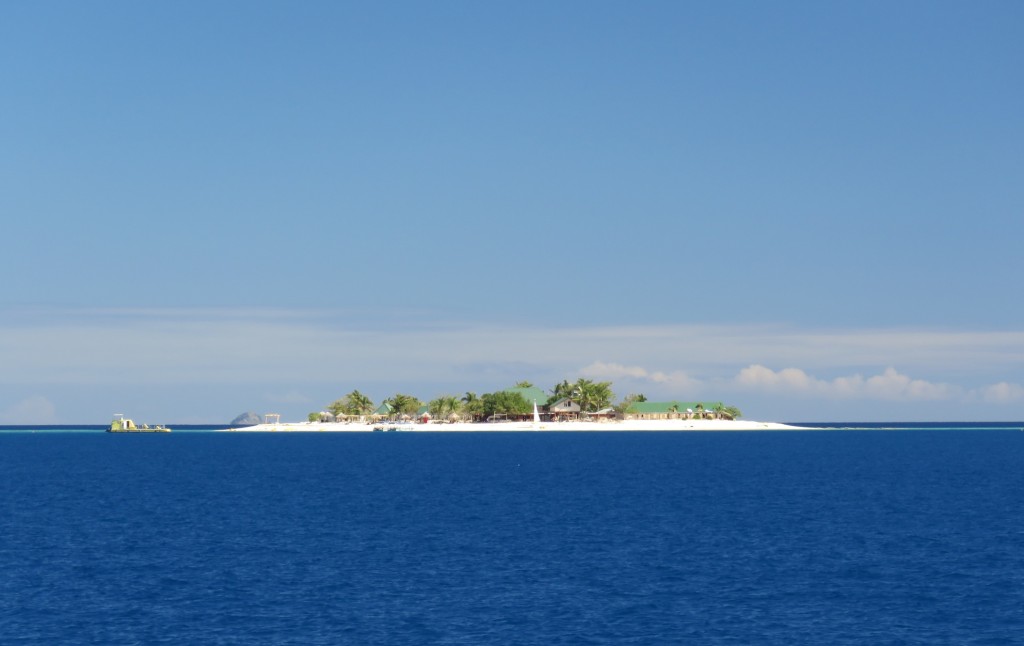 Every sand cay has its’ own resort

We’d heard and read so much about Musket Cove from other cruisers’ reports that we had to check it out for ourselves. To make it more enticing, for a nominal fee anyone who sails into Musket Cove from overseas is eligible for life membership of the Musket Cove Yacht Club. Now that’s pretty cool! 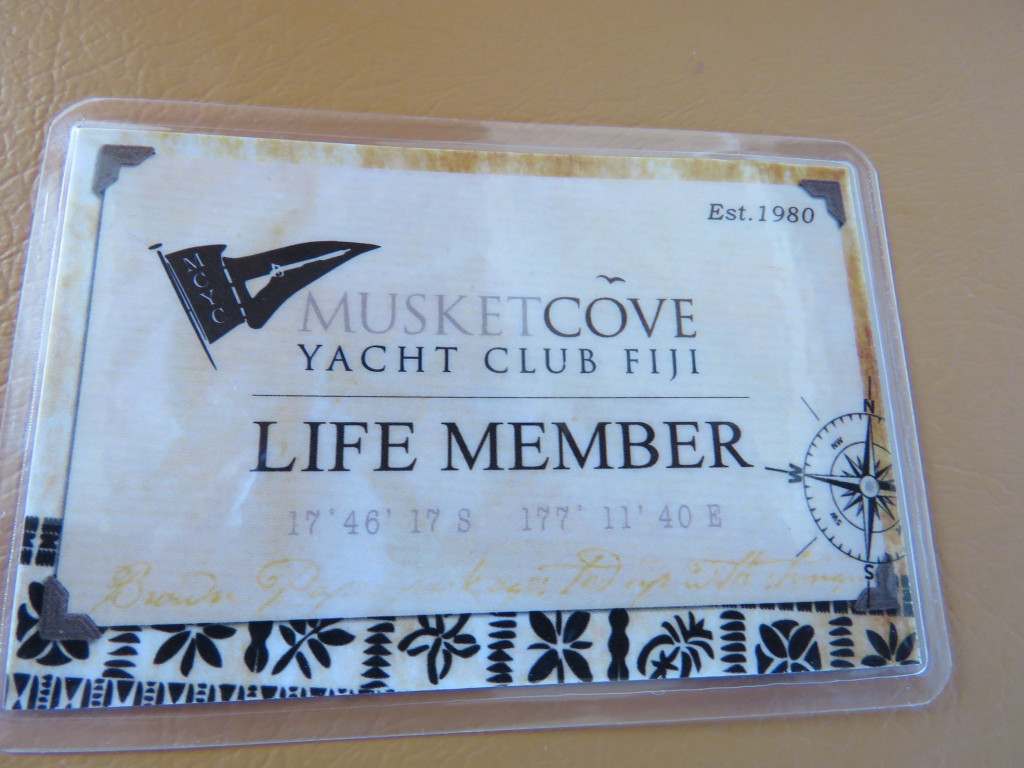 Set in the Mamanuca Islands on Malolo Lailai Island, it’s a tricky entrance through the reefs particularly as our electronic charts were waaay out. It’s always alarming when the chart shows you going straight over a reef when there’s nothing but blue water in front of you. You have to learn to trust your eyes and not the charts! 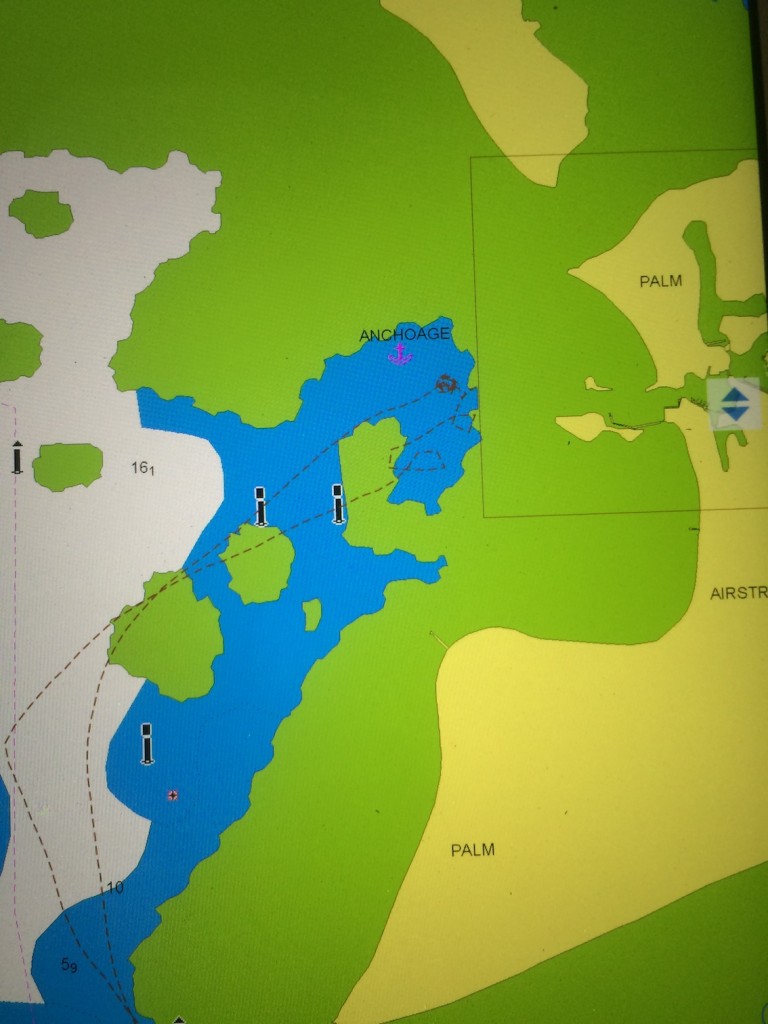 Our alarming track – I assure you we didn’t touch any reefs!

Once inside the sheltered deepwater harbour it was obvious that this is a favourite haunt of yachties – almost every mooring ball was occupied, with many more boats at anchor. I think we were expecting a kind of low-key cruiser’s hang-out with a few thatched bures and a beach bar. It probably was like that in the 1970’s, but now it’s a big flash resort with the works, including some stunning villas for rent on the hillside. Surprisingly, it’s still very welcoming to us ‘grotty yachties’, so we indulged ourselves by using their amenities as much as our wallets would allow! 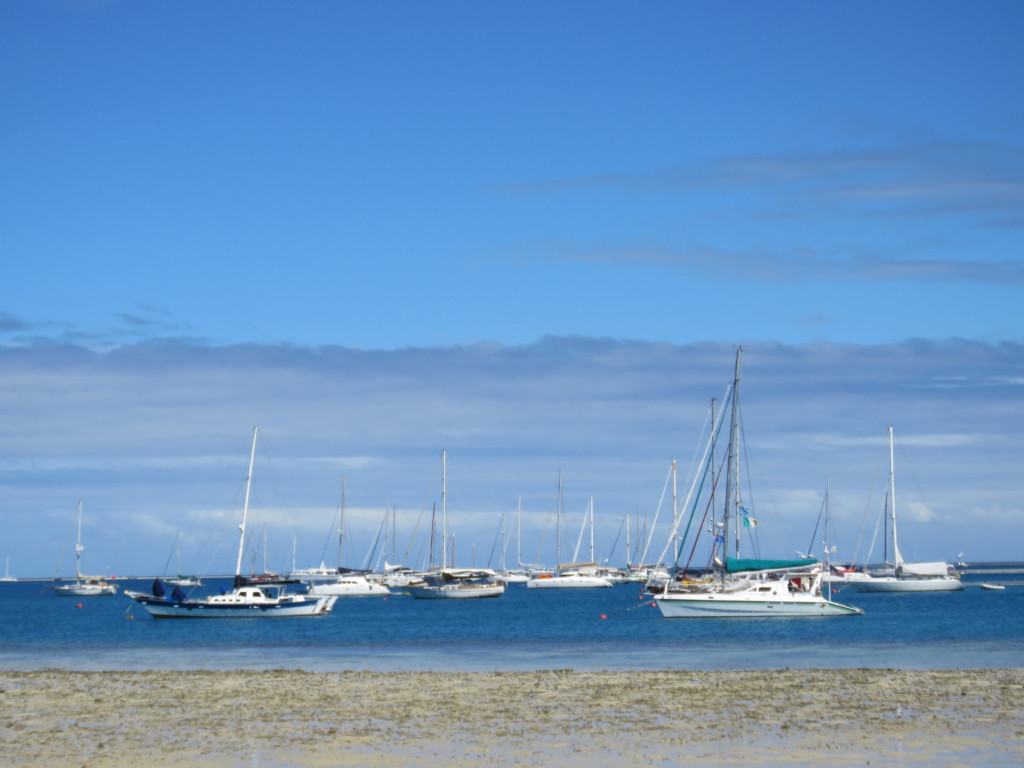 Toucan in the midst of it all, Musket Cove anchorage 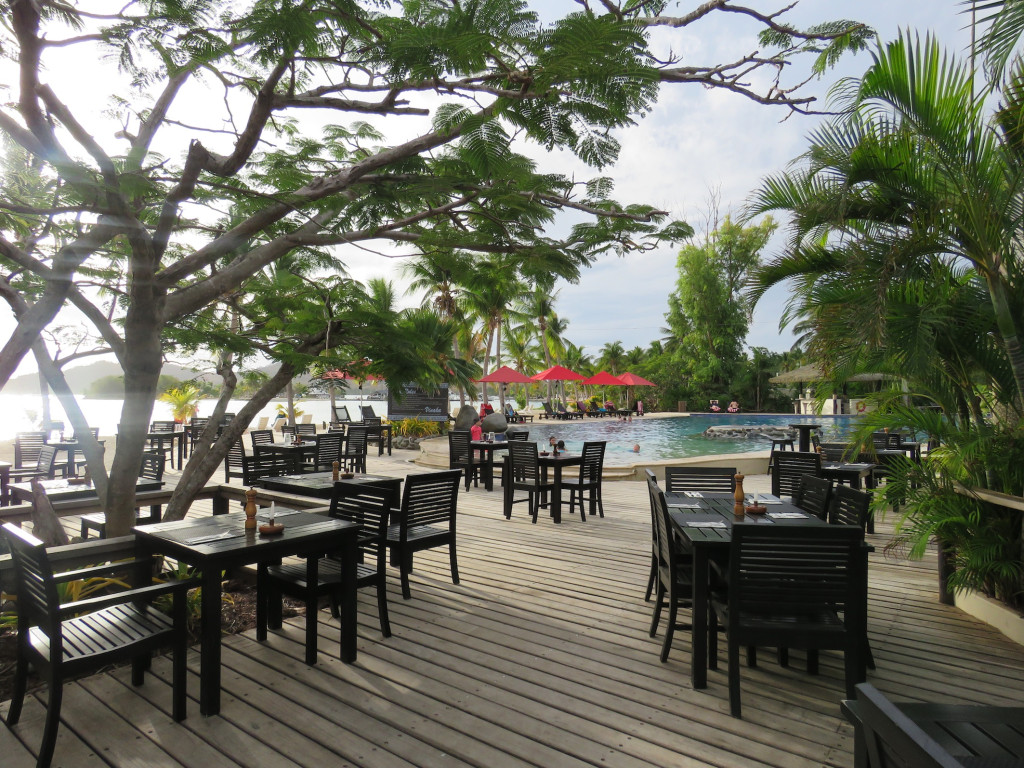 Dick’s Place restaurant and pool – the food was superb 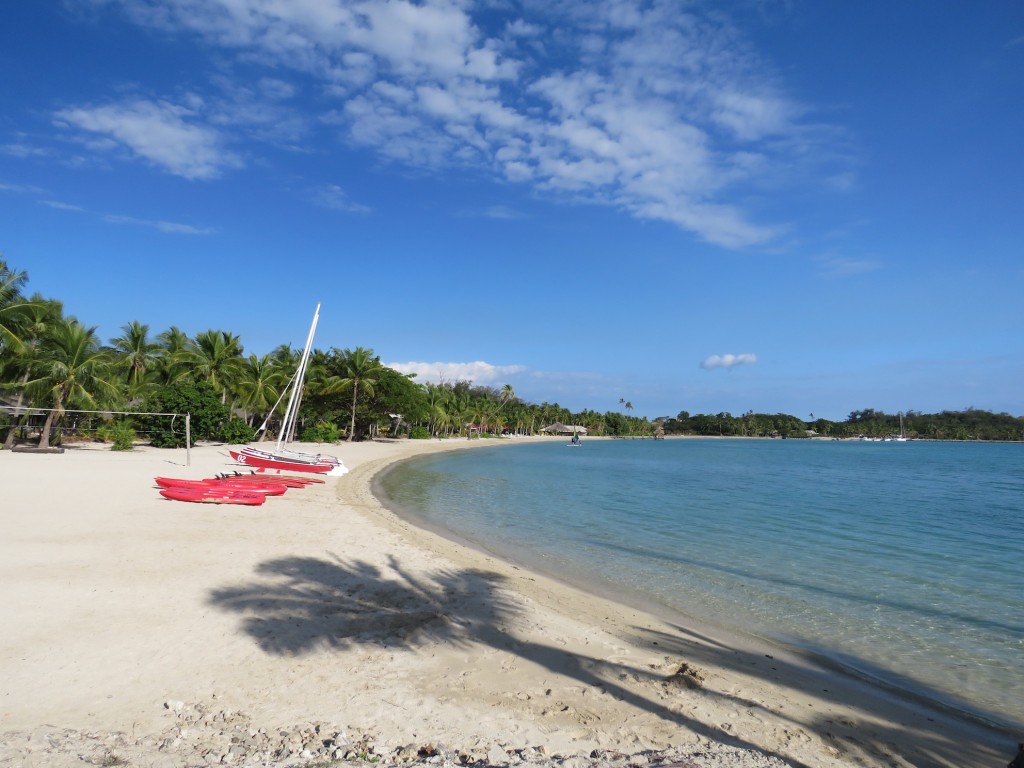 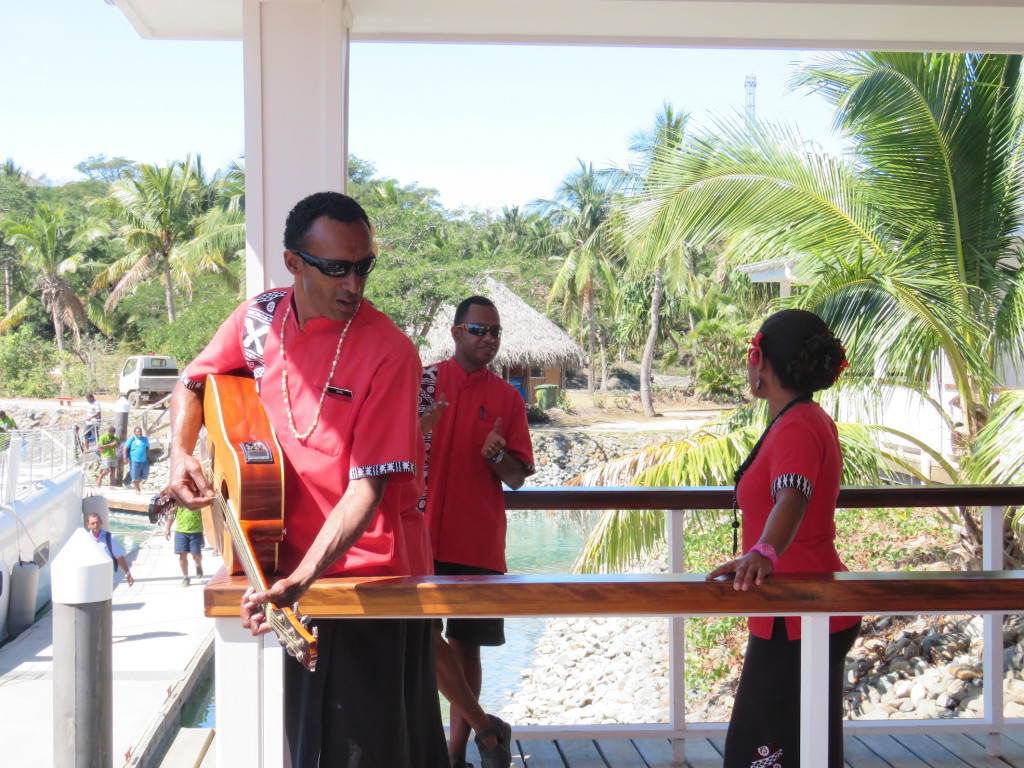 Guests are serenaded by the staff as they arrive and leave 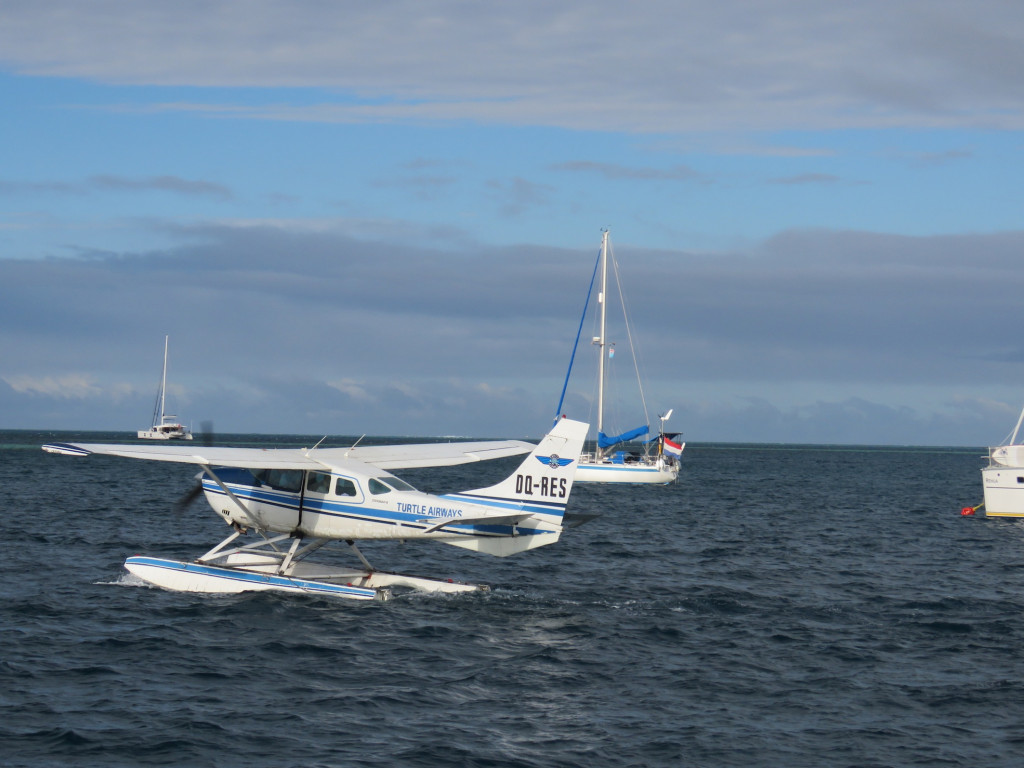 Rehua’s kids enjoyed the pool and meeting new friends, and we relaxed and chilled, feeling very decadent and somewhat out of place amongst all the bona fide guests at the resort, many of whom were Aussies. We took a walk up the hillside where we got some great views of the extensive reefs around the island, went snorkeling and kayaking and generally had a great time. 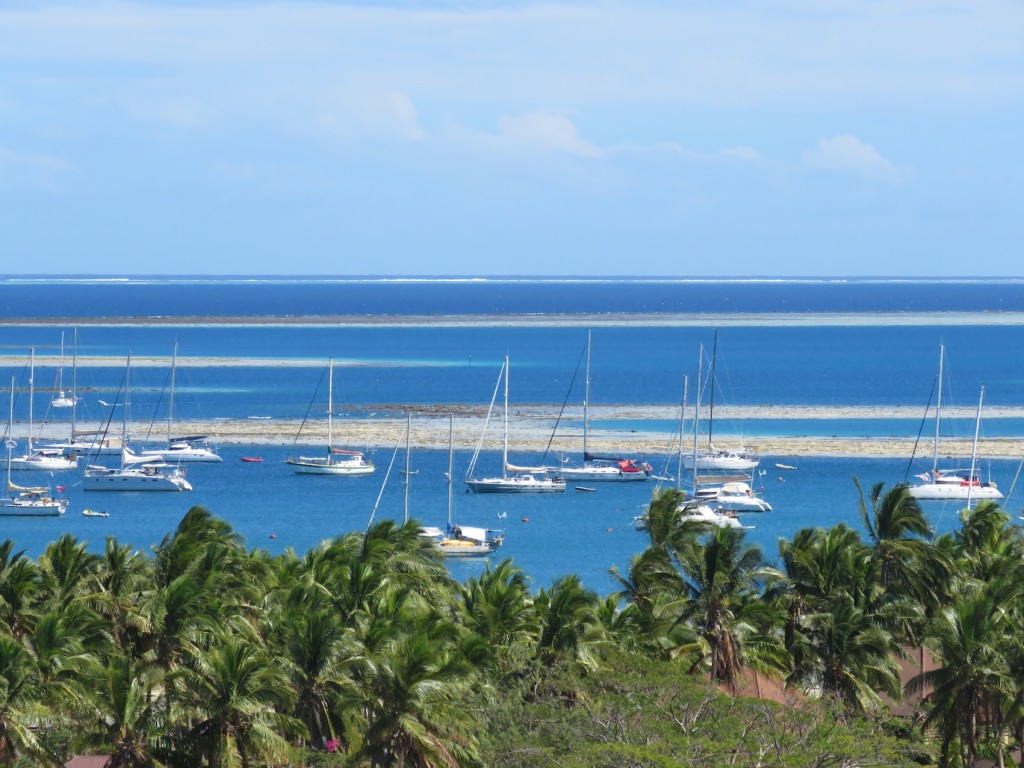 the anchorage and surrounding reefs 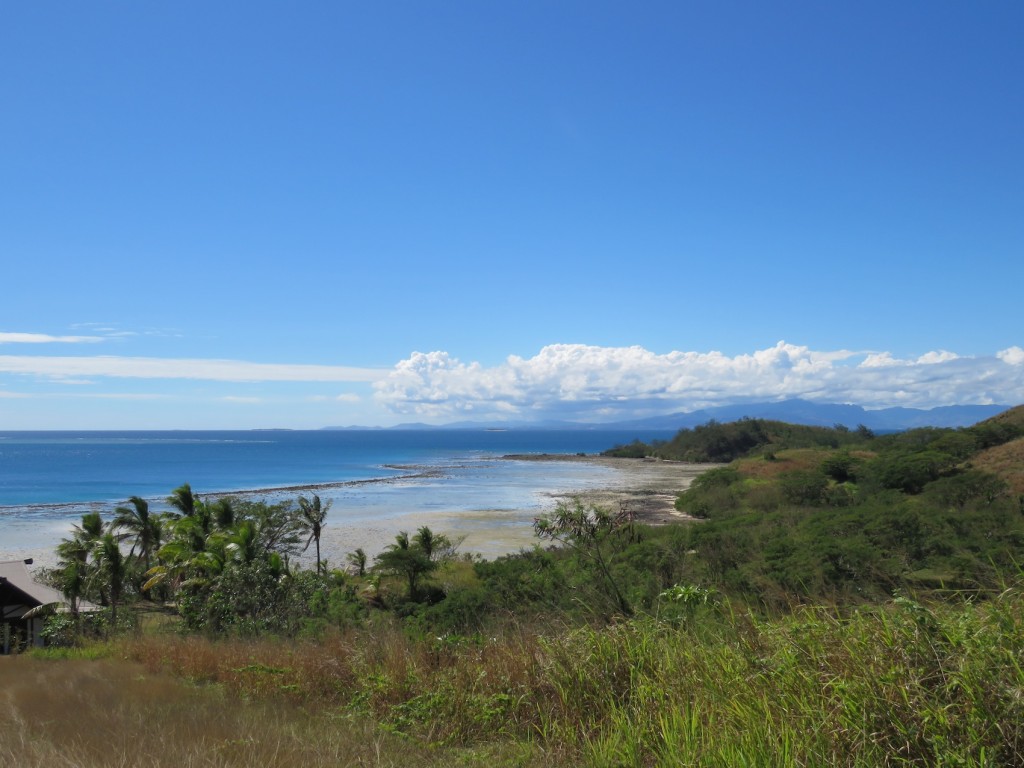 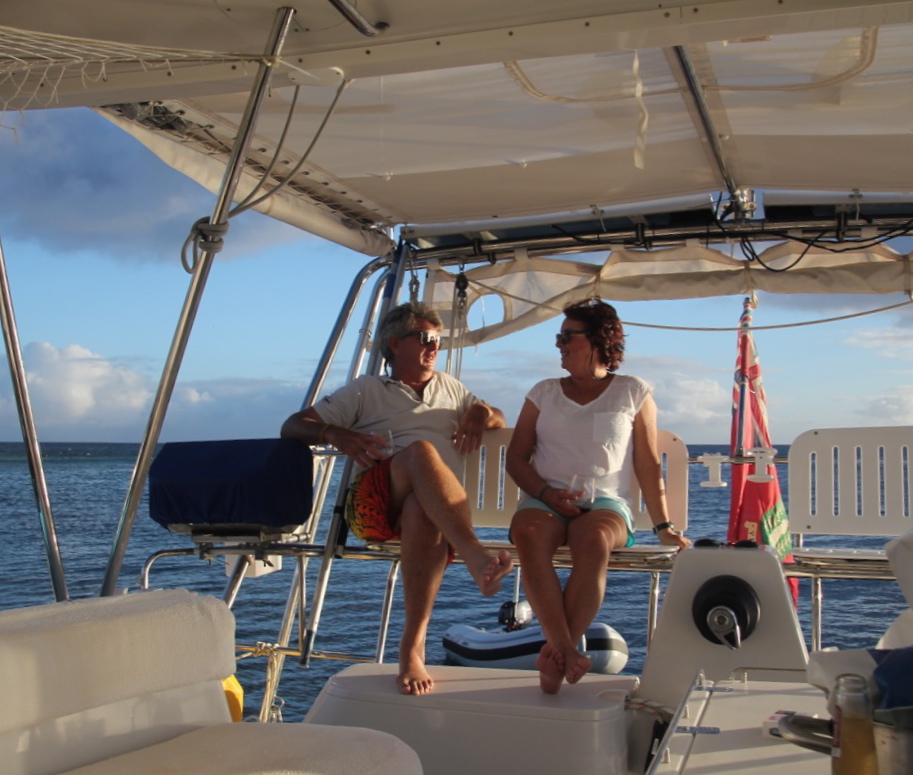 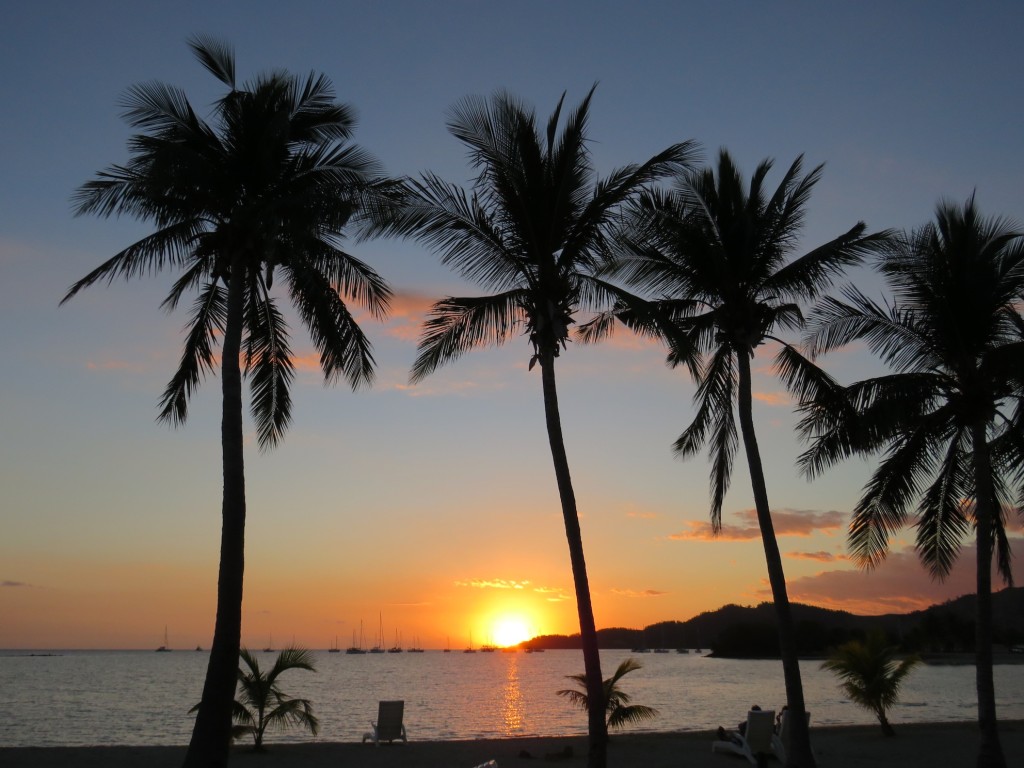 It seems that some yachts get ‘stuck’ here for a long while. Lovely as it is, for us it’s a novelty but not our preferred habitat – there’s only so much ‘resorting’ we can do before feeling the need to move on. Rehua are planning to stay a little longer to catch up with other friends, but we have to make tracks to Vuda Point Marina on the mainland where we’ll leave Toucan to fly home for Nick & Sally’s wedding. Exciting times coming up!!

2 Responses to Putting On The Ritz – Musket Cove, Mamanuca Islands