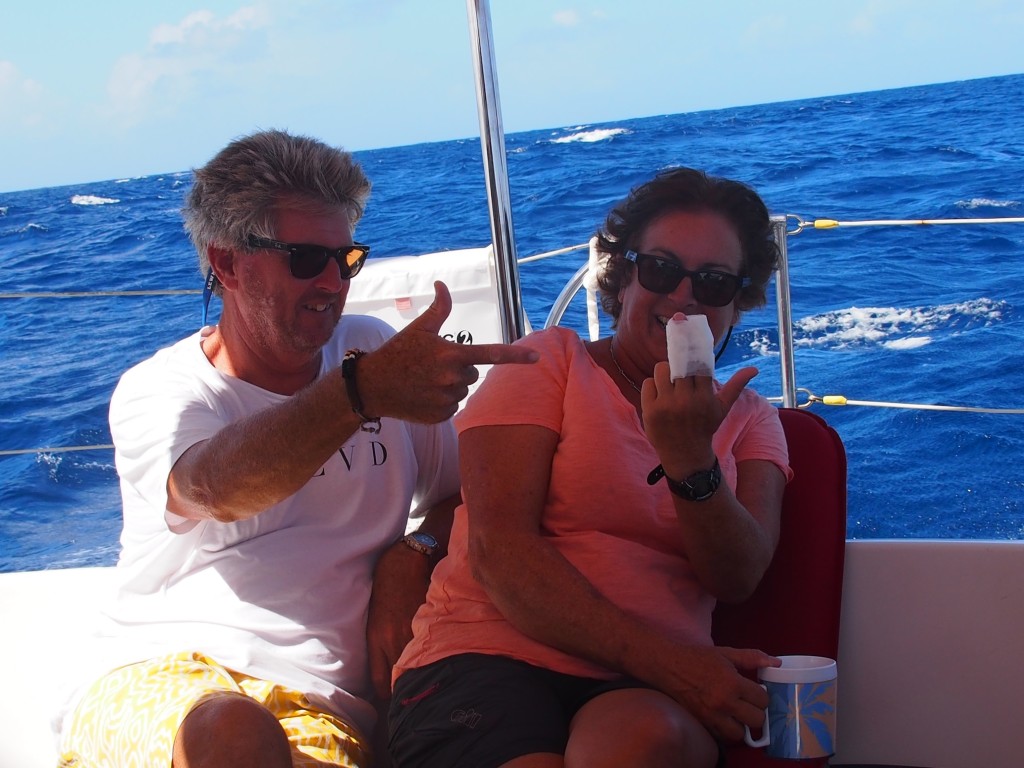 Hmm…what not to do when sailing

It’s easy to get complacent when cruising, perhaps even more so when there’s plenty of people on board. Which may explain why I wasn’t wearing my sailing gloves and why I didn’t have the mainsheet wrapped around the winch as I normally do. Or maybe I just hadn’t engaged my brain that morning.

We were leaving the anchorage in Bequia heading for Canouan, the last of the northern Grenadine islands, and had just raised the mainsail. The wind was light but right behind us, so the boom was out as far as it could go. (for you non-sailors out there, the mainsheet controls the boom and is led to winches on each side of the cabin top, meaning that sometimes the length of rope available on each side is uneven). On this occasion Geoff had run out of mainsheet on his side, so I opened the clutch on my side to allow him to pull the mainsheet through. As we were doing this, the wind caught the sail and gybed the main (pushing it from one side of the boat to the other) and the next thing I knew was an intense searing pain as the mainsheet whipped through my fingers, flaying the skin off part of my index finger and burning the next two fingers. Yeeouch! All I could think of was “Stupid, stupid, stupid” as the girls helped pour cold water on the burns and bandaged my fingers. And then I realized that I wouldn’t be able to swim for several days, which made me even madder at myself!  Another lesson learnt about always being mindful when sailing.

Despite the bad start to the day, we had a lovely sail to Canouan, all of 2 ½ hours away (!) with 2 reefs in the main and 20 kts of easterly trade winds, and picked up a mooring in Charlestown Bay off the deserted-looking Tamarind Bay Hotel. 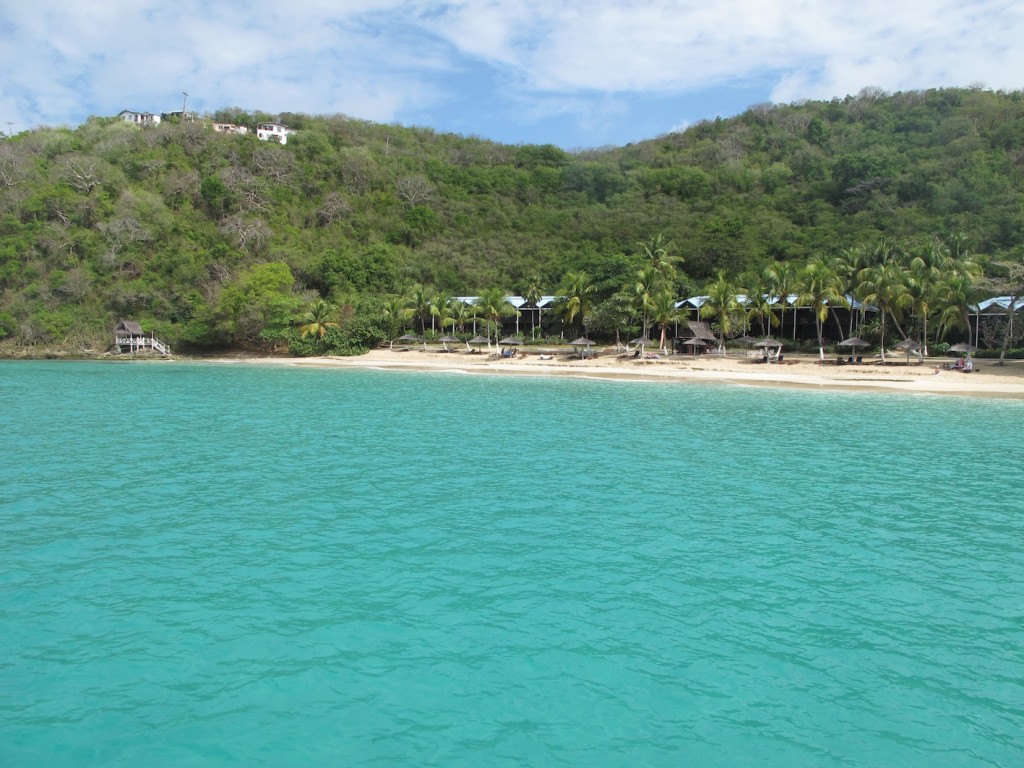 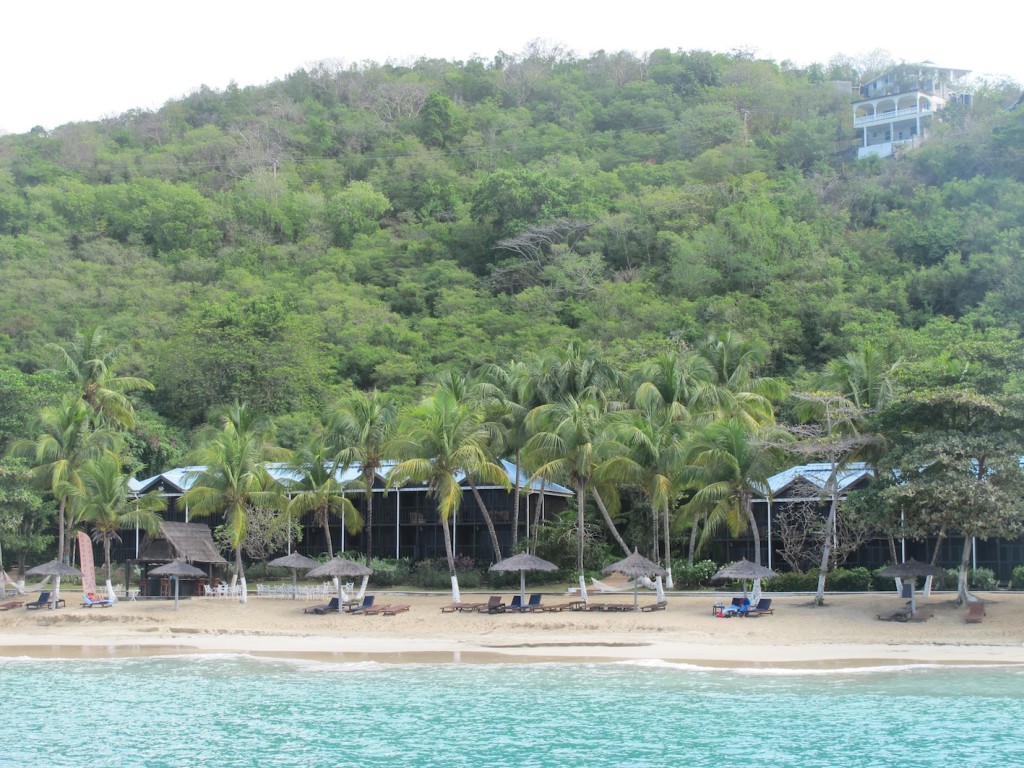 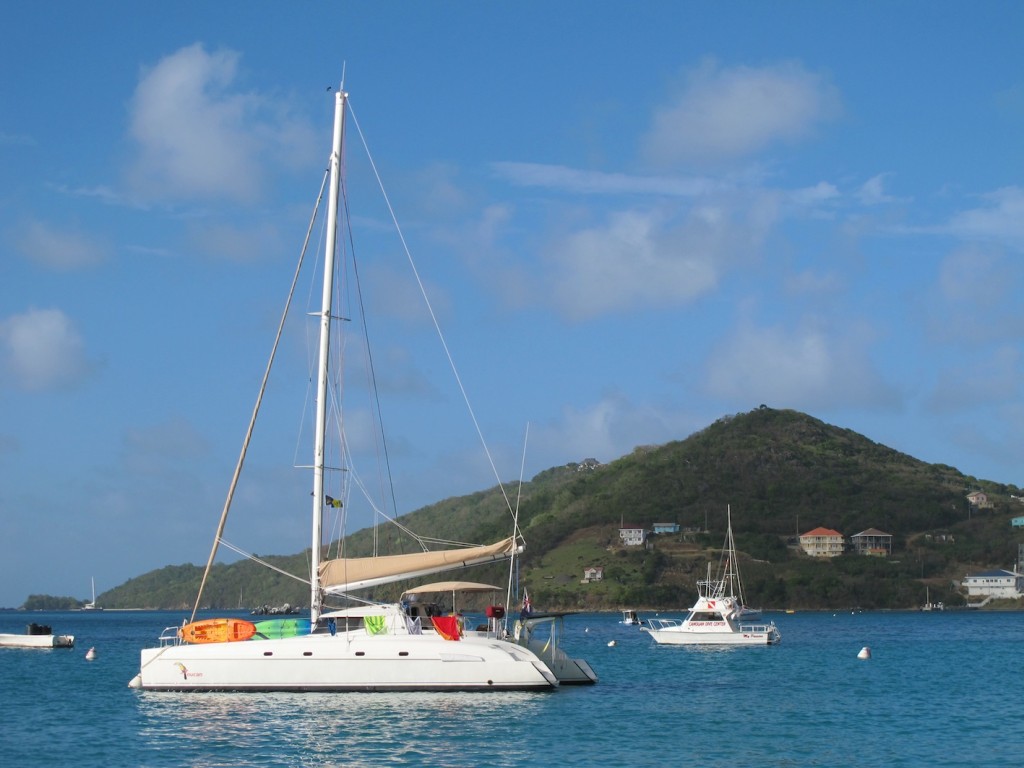 Toucan in the anchorage, Charlestown Bay

Canouan is a strange island – the northern part is owned by the Canouan Resort Development Company (purportedly a Donald Trump enterprise) and is completely private and gated off. Apparently, and understandably, there was much opposition from the locals to the sale of half their island and the deal was brokered on the understanding that local Canouans would still have access to the beaches and significant sites on the northern part of the island. As always seems to happen, there must have been some fine print that got over-looked because the entrance gates have security guards on them, ensuring that only those with genuine business are allowed in. The good news is that it seems to have provided employment for many of the locals, with CRD trucks and uniforms prominent ashore. It reminded us a little of the mining towns in WA, but less affluent.

We walked into town for a bit of an explore and found a very basic little supermarket and a vegetable and fish market. The fishermen had just arrived with their catch so there was quite a lot of activity as people queued for their purchases. Everyone seemed friendly enough, but we were the only tourists in town. 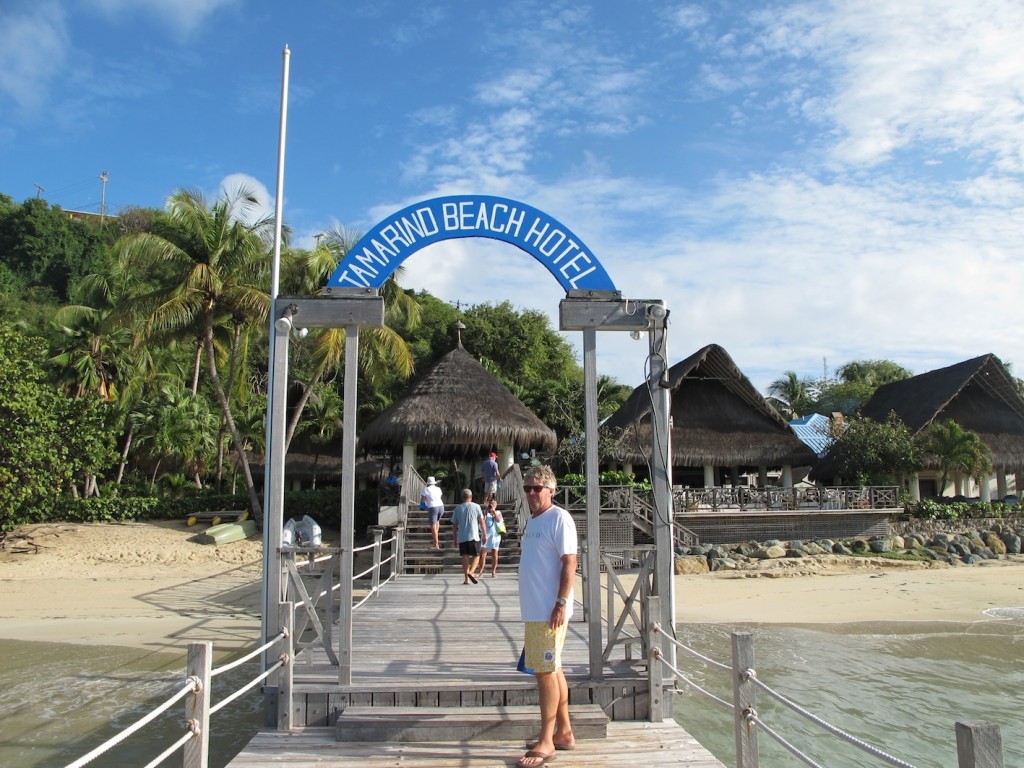 Off to explore the township of charlestown 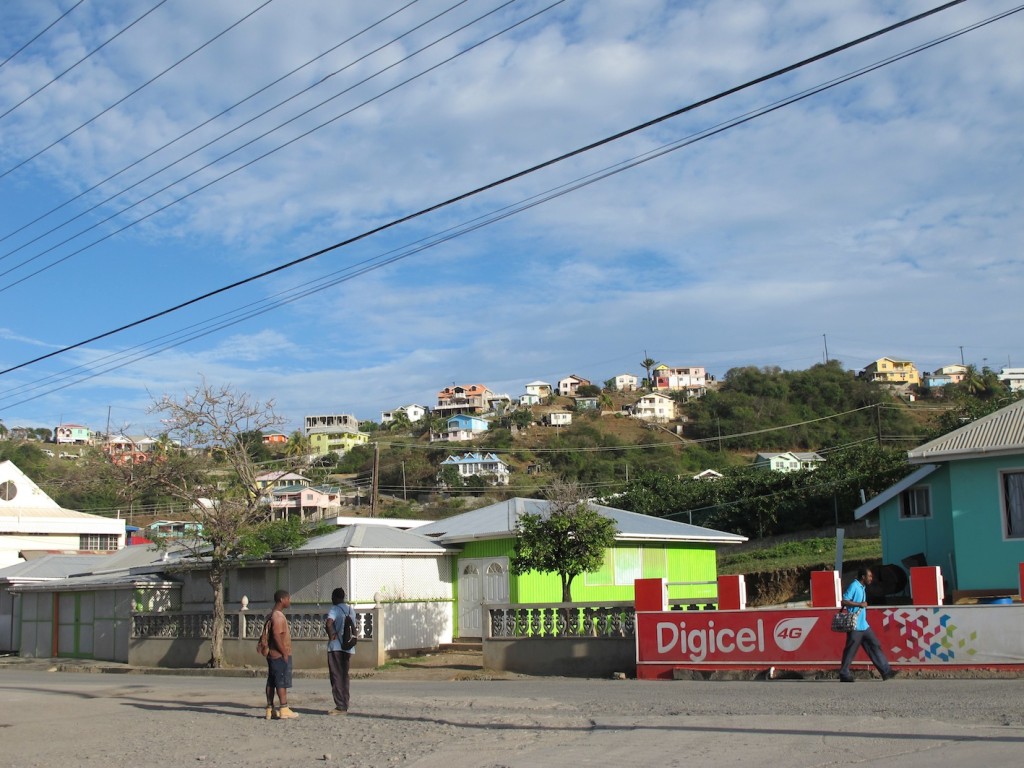 Not exactly a busy main street 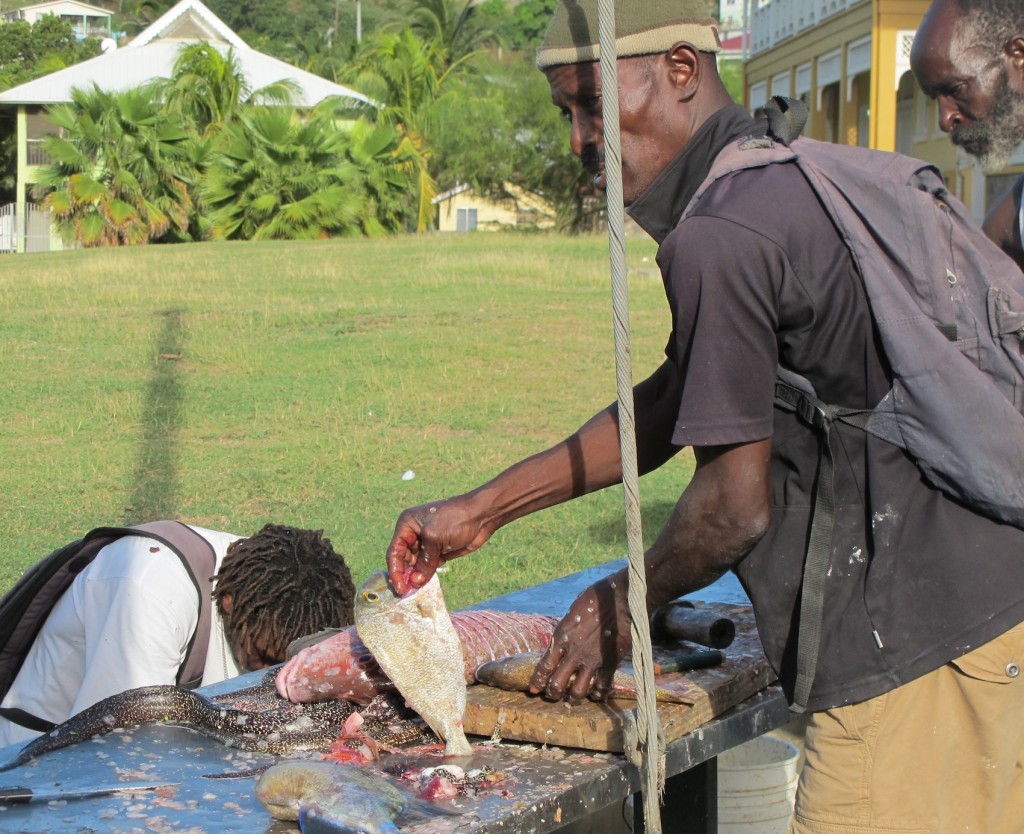 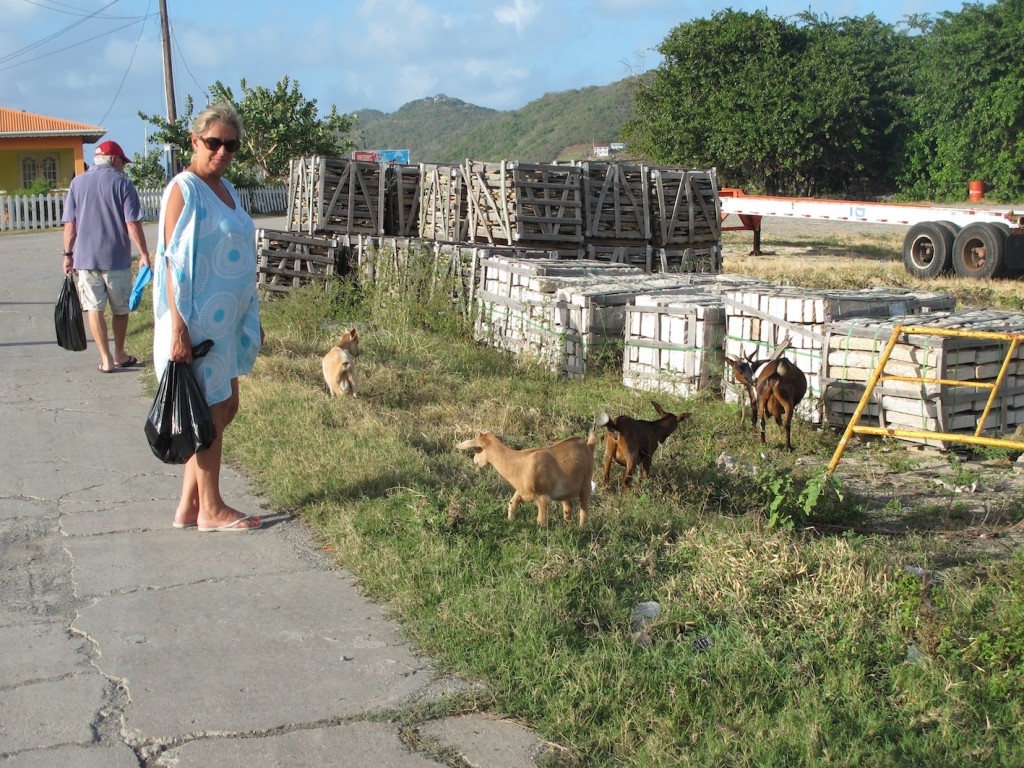 We wandered back to the Tamarind Bay Resort where we enjoyed a Canouan Dream cocktail in the Pirate Cove bar where again we seemed to be the only guests except for the tortoise on the lawn. 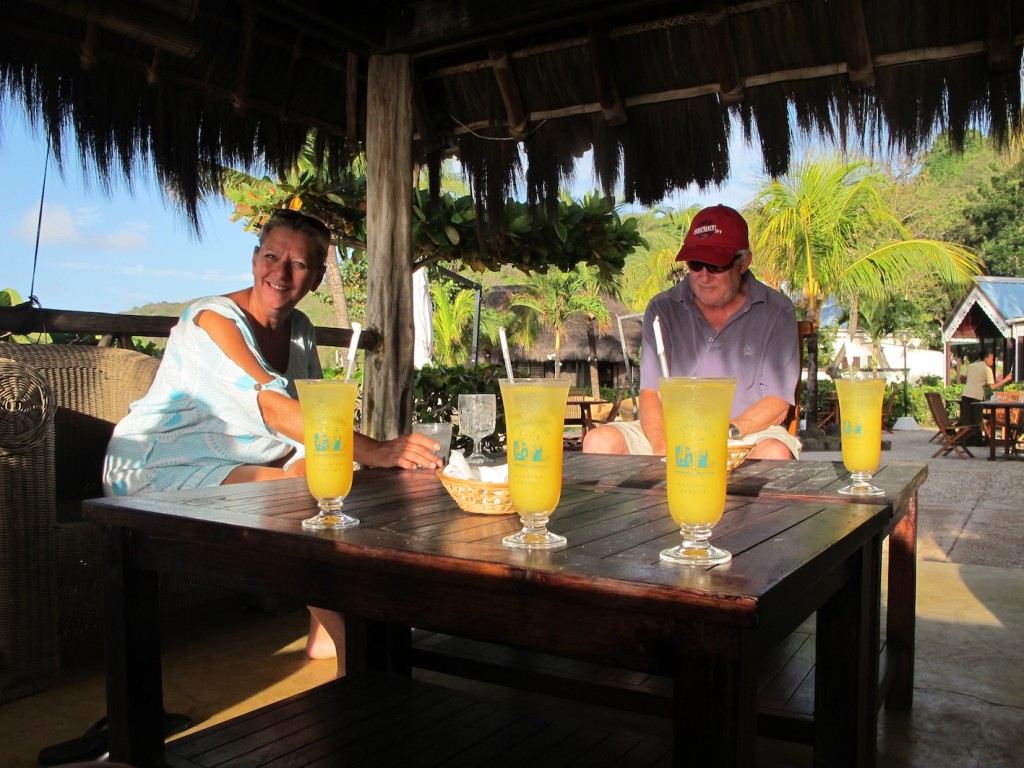 enjoying our Canouan Dream cocktails at the Pirate Cove bar, with Penny & Geoff 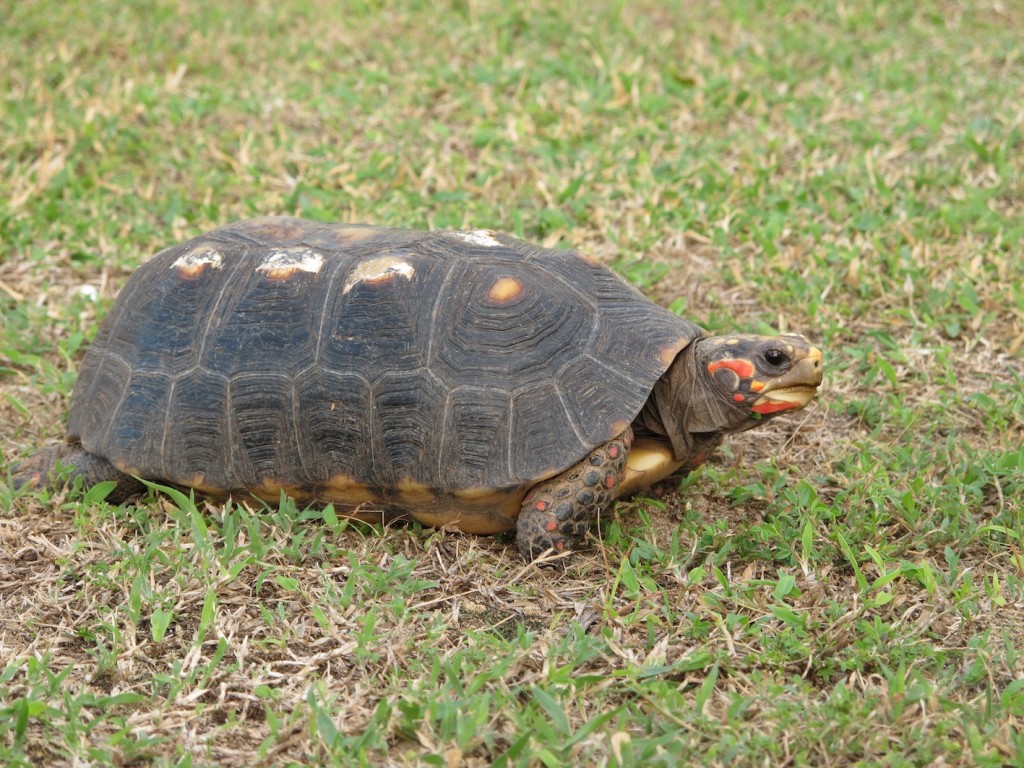 The only other guest at the hotel!

Sensing that the tortoise was about as exciting as it gets here, we headed back to the boat for dinner and a quiet night on board. As it got dark we noticed the SVG coastguard boat cruising around the anchorage. At first we thought they were providing security for the yachts here. But they stayed and stayed, hovering near the wharf and circling around behind us. Aboard Toucan, conspiracy theories started swirling, the most popular being that they were conducting a stake-out to catch drug-runners or other undesirables. The truth when it was revealed was, of course, far more mundane. They were waiting to collect their take-away pizza from the resort!! Oh well, it provided some good entertainment for us that night! For once we’ve had a clear night with no rain, and tomorrow we head into the southern Grenadine chain of islands, first stop Saltwhistle Bay in Mayreau.